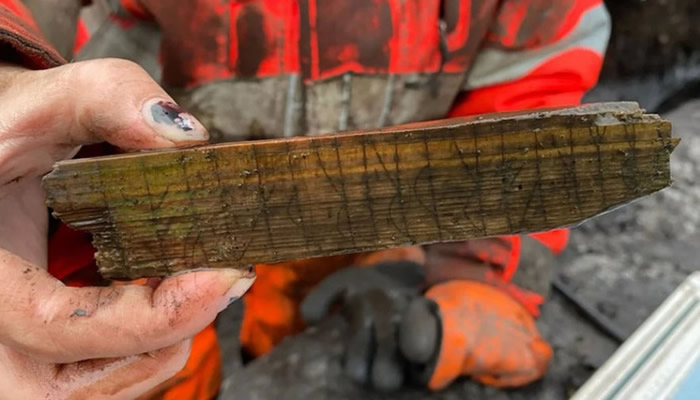 The oldest runestone in the world was discovered in Tyrifjorden, Norway.

Archaeologists in Norway have found the oldest runestone in the world, according to their estimate. They believe that the inscriptions on it are up to 2000 years old and date back to the earliest days of the mysterious history of runic writing, as reported by gazeta.ru Today, Tuesday, January 17.

Carved into a flat square block of brownish sandstone are signs that may be the oldest example of words recorded in writing in Scandinavia, a spokesman for Oslo’s Museum of Cultural History said. They added that it is “one of the oldest runic inscriptions ever found” and “the oldest dated runestone in the world.”

“This find will give us a lot of new insights into the use of runes in the early Iron Age. Perhaps this is one of the first attempts to use runestones in Norway and Scandinavia.” said Christel Silmer, a professor at the University of Oslo.

This new runestone was discovered at the end of 2021 during the excavation of a tomb near Tyrifjorden, west of Oslo. This is a region known for several earlier monumental archaeological finds. In addition to stone, burned bones and charcoal were found in the cremation pit.

Measuring 31 cm by 32 cm, the stone bears various types of inscriptions, not all of which make linguistic sense. Eight runes on the face of the stone read ‘Idiberug’, which could be the name of a woman, a man or a family, experts said.