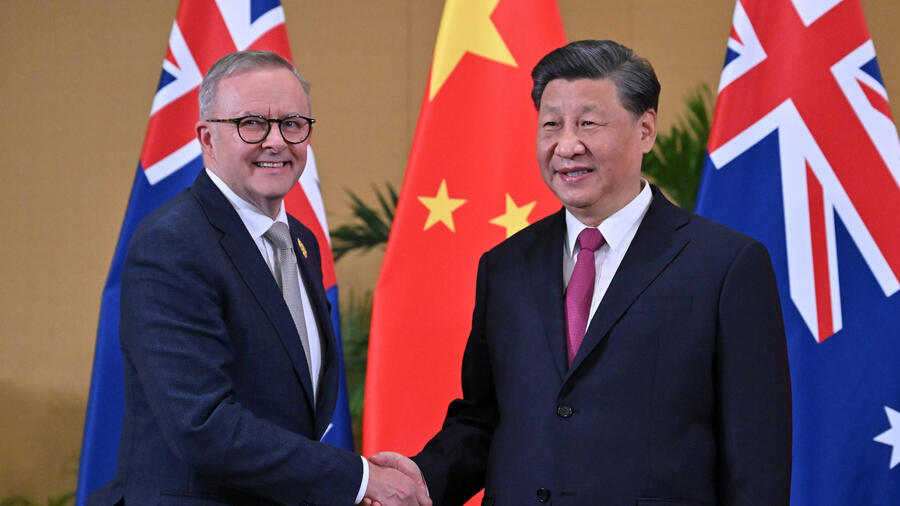 bangkok In one of the most violent trade conflicts in recent history, the notification to Guangdong customs is an important sign for peace: a few days ago, the local government ordered officials in the southern Chinese port city to stop the coal deliveries. Australia to be allowed to return to the country in the future. With the move, China ends an unofficial boycott of Australian coal suppliers that lasted more than two years and disrupted global trade routes for the power source.

China’s ban on importing fossil fuels was part of a comprehensive package of measures by which the government in Beijing wanted to put economic pressure on Australia, in response to an increasingly critical course on China by the government in Canberra. The lifting of the import ban now raises hopes in Australia that the costly conflict is coming to an end. At the same time, economists warn against reliance on the Chinese market.

China has long been one of the most important export markets for Australian coal producers. In 2019, the China business generated around 14 billion dollars. Producers in other sectors – such as winemakers, feeders, cattle and lobster farmers – also lost billions in sales as a result of the trade dispute. Overall, about $23 billion worth of exports were affected by Chinese import restrictions, analysts at investment manager AMP Capital have calculated.

The now-expected opening of the Chinese market is still in its infancy: only four Chinese state-owned companies have so far been given permission to import Australian coal, and only for their own purposes, i.e. not for resale.

Representatives of other affected industries still have to wait. The fishing industry currently has the highest hopes. A visit by a Chinese diplomat to a farm in Western Australia was taken as a sign of relaxation. Chinese importers expect the lobster trade between the two countries to restart in the second half of the year.

Australia’s Prime Minister Anthony Albanese is optimistic that positive change is possible: “China is our most important trading partner and we have been working to turn relations around,” he said over the weekend. “It is in Australia’s interest to be able to export freely to China,” Albanese said. “It is also in China’s interest to maintain these exports from Australia.”

However, from the observers’ point of view, there are less economic than political reasons why China is willing to ease trade restrictions. Although Australia was the country’s second largest coal supplier until the boycott began, China has long since found substitutes, for example in Russia and Indonesia.

Therefore, the decision to allow imports again should be seen primarily as a “cautious step towards resuming bilateral relations between the two countries,” says Australian-trained political scientist Zhongzhou Peng, who is now conducting research in Shanghai.

The main trigger for the new beginning was that Change of government in Canberra last year, in which Albanese and his Labor Party replaced Conservative Prime Minister Scott Morrison. The Morrison government repeatedly angered China with harsh rhetoric. the Call for an independent investigation into the origin of the coronavirus in China by the then head of government provided the reason for the boycott measures.

China has not achieved its goals

However, Chinese President Xi Jinping had to admit that economic pressure did not help him persuade Australia to adopt a more pro-China policy.. On the contrary: the confrontation ensured that the Canberra government massively increased its security cooperation with other Western countries. As part of the Aukus security partnership, Australia joined the USA and Great Britain together, with the goal of equipping the Australian Army with nuclear submarines.

At the same time, Australia’s economy was able to quickly open up new sales markets. and thus become more independent from the People’s Republic. Australian economists warn against reversing this: “Hopefully we’ve learned our lesson,” said economist and publicist David Llewellyn-Smith. “The generosity of communist China does not come for free. It comes with strings attached that can easily become a national domain if we are not careful.”

>> Read here: “We need to diversify”: Australia presents itself as an alternative to China when it comes to raw materials

The Albanian Prime Minister does not want to lose this caution either. It is true that his rhetoric is less aggressive, which allowed the resumption of direct contacts at the government level. In principle, Albanian China does not want to give in: “We will cooperate with China where we can, we will disagree where necessary and we will defend our national interests,” he said in a television interview on Tuesday.

This also includes Australia’s biggest rearmament: As part of the growing military cooperation with the US, the Albanian government announced on Wednesday the purchase of 40 US military helicopters for around two billion US dollars. The United States also plans to station up to six nuclear-capable B-52 bombers in northern Australia, it was announced in October.