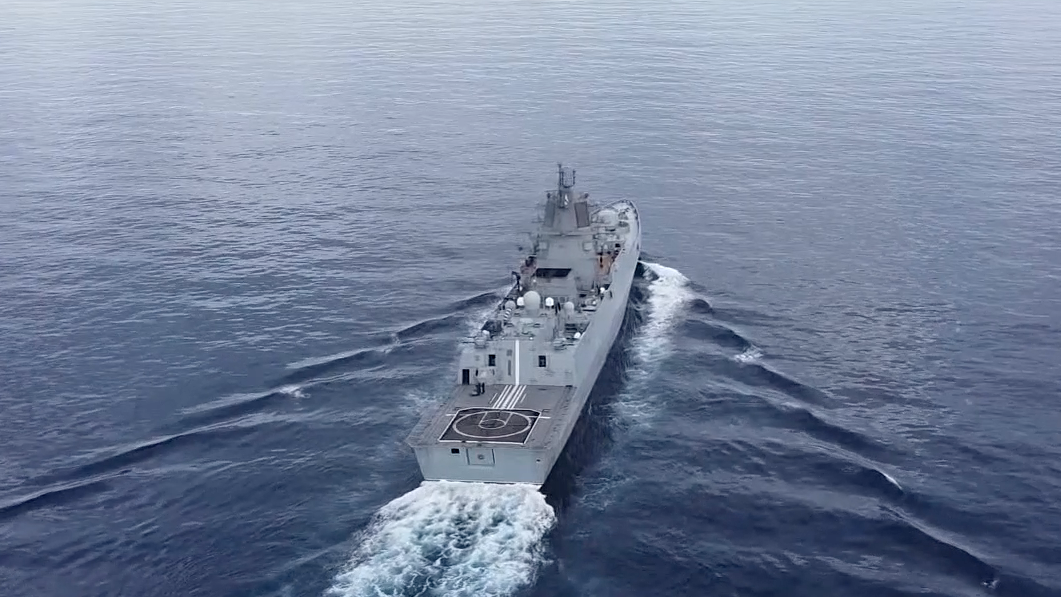 “The Admiral Gorshkov frigate of the Soviet Union Fleet has worked out the organization to launch an attack with a Zircon hypersonic missile against a maritime target imitating a simulated enemy ship and located at a distance of more than 900 kilometers.” the ministry said.

He added: “The crew conducted an exercise on the use of hypersonic missile weapons using computer simulation.

During the exercise, the combat crew of the frigate demonstrated high coordination of actions.

The Russian Defense Ministry wrote: “The voyage of a detachment of ships consisting of the frigate “Admiral of the Fleet of the Soviet Union Gorshkov” and the medium tanker “Kama” is under the command of the commander of the missile boat division of the Northern Fleet, Captain 1 Rank Oleg Gladky.

Russian President Vladimir Putin confirmed the news that the warship had been combat-ready and would join Russia’s military service at a military ceremony on January 4.

Putin reportedly told attendees at the time: “I am very happy! Congratulations! This is a great joint effort, which culminated in the good result we expected. Let’s get on with our chores! Seven feet under the keel!

In December 2022, Putin announced that the Admiral Gorshkov warship would enter combat duty in early January.

He said on December 21 that the frigate would be armed with the latest Zircon sea-based missile systems.

Putin said Admiral Gorshkov was chosen to be equipped with Zircon cruise and hypersonic missiles based on Russia’s security interests.

“The Zircon is the world’s first hypersonic cruise missile capable of long-range aerodynamic flight with maneuvering in the atmosphere using thrust from its own engine. It reaches a maximum speed of nine speeds of sound and a maximum firing range of 1,000 kilometers,” the Russian Defense Ministry noted.

“The Zircon is capable of destroying ground and surface targets.”