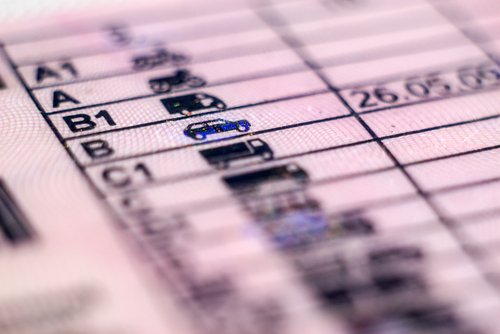 09:01 (January 24) – N332 has provided a useful guide on the psychometric test required to redeem your British driving license.

The group of police officers who work to help foreigners understand traffic laws in Spain have posted a helpful video, in English, online.

The video describes the cost of the test, where you can get tested, and what the test involves.

There have been no further updates on when we can expect the license sharing agreement to be published, however the British Embassy has emphasized that it will be soon. The data, however, is out of their hands and subject to the meeting agenda of the Spanish government.

20:20 (January 18) – Those who have not been able to change their UK driver’s license a Spaniard will be pleased to know that the final agreement is with the Spanish government for his signature.

An update provided by the British Embassy earlier this week said the final deal had been sent to the Cabinet for approval.

Ambassador Hugh Elliott confirmed on Wednesday, January 18, that it was now a matter of waiting for the agreement to be approved and signed. But he said that’s out of the Embassy’s hands.

The Council of Ministers does meet weekly according to the Ambassador, however, what the team submits and deals with depends a lot on what legislative and administrative changes are being dealt with.

Simply, if there are more pressing and urgent elements, the presentation of the agreement could take a week or two. Assuming there is little on the agenda, then the issue could be dealt with more quickly.

With all legal checks completed on both sides, the Embassy expects no setbacks.

Once the document is approved and signed, a formal exchange of notes will proceed, with the Agreement entering into force once it is published in the BOE (state bulletin).

The Embassy has recommended that people book to take their psychological test on site, without which they will not be able to redeem their license. Certificates are valid for three months and will be accepted as long as they are presented before they expire.

Tests can be retaken until you pass them and as such are not to be feared. When dealing with the examiner or when there are underlying conditions, a short interview with a doctor may also be conducted.

The official test locations can be found on the DGT website (https://www.dgt.es/…/centros-reconocimiento-conductores/). Licensing attorneys can also file documents on your behalf or, if you prefer, you can do it yourself.

After months of waiting, the agreement is ready to be signed and that could see the United Kingdom Driver’s license exchanges that take place already in February.