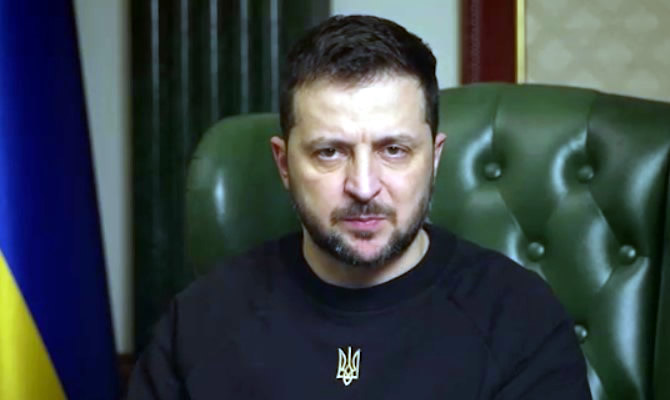 Volodymyr Zelenskyy questioned whether Russian President Vladimir Putin was still alive or whether someone else made the decisions in Moscow.

heading to the World Economic Forum in Davos Through a video on Thursday, January 19, Volodymyr Zelenskyy, the president of Ukraine, said he was not sure with whom in Russia to conduct possible negotiations.

A video was posted on Twitter by Anton Gerashchenko @Gerashchenko_en, Adviser to the Minister of Internal Affairs of Ukraine. He subtitled it from the original Ukrainian, which can be seen below.

“I don’t quite understand if [Putin] is alive or that he makes the decisions” – @ZelenskyyUa talks about the prospects for peace negotiations with Russia in @Davos pic.twitter.com/uHX31DMmej

He also commented: “Russia must be held accountable for every burned Ukrainian town and village. For every life destroyed. For every Ukrainian family destroyed by Russian missiles, bombs and mines. We must bring back justice. We must punish evil.”

Russia must be held accountable for every burned Ukrainian city and town. For every life destroyed. For every Ukrainian family destroyed by Russian missiles, bombs and mines.

We must bring back justice. We must punish evil. #HouseOfRussianWarCrimes@wef https://t.co/ZfIhTY682U

Later Thursday, Dmitry Peskov, the Kremlin’s press secretary responded: “Both Russia and Putin are a big problem for Ukraine and for Zelenskyy. And it is clear that purely psychologically, Zelenskyy would prefer that neither Russia nor Putin existed.”

He added that the sooner Ukraine: “realizes that Russia and Putin are and will be, that sooner or later they will have to give up everything anti-Russian anyway, and the better it will be for that country.”

Peskov stressed that as soon as Kyiv showed his willingness to take Moscow’s demands into account: “the sooner everything ends and the sooner the people of Ukraine can start rebuilding,” he reported gazeta.ru.