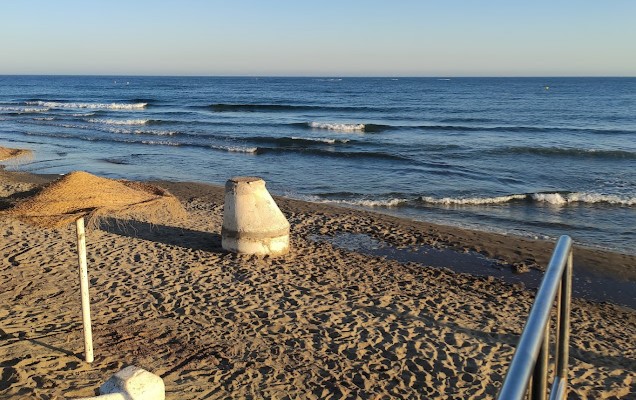 The Civil Guard has found two hands near Las Cañas beach in Marbella where they recently washed the mutilated body of a woman.

The Civil Guard confirmed to Europe Press today, Tuesday January 17, two hands were discovered in sand dunes near the beach where the mutilated body of a woman was recently washed up.

A call has been made to the 112 Andalusia Emergency service around 3:15 p.m. today. The caller reportedly informed the operator that a severed hand had been found in the dunes of a beach in the Malaga municipality of Calahonda. Upon arrival, the police soon found another hand in the same spot.

Although a forensic analysis process must first be carried out, all indications point to the body parts belonging to Natalia. The Colombian female was found on the beach of La Cañas on January 8, without both hands and decapitated.

Her ex-partner, also a Colombian national, was arrested after a complaint from the woman’s relatives. She later admitted her murder, first before the National Police and then before the Investigating Court, which ordered her to be imprisoned, as reported laopiniondemalaga.es.

Two people have been arrested in connection with the discovery of a mutilated corpse on a beach in Marbella on Sunday, January 8. It is confirmed that one of the detainees is the ex-partner of the victim who confessed to her murder in police custody.

Apparently, the second person led the main suspect to the place where the murder supposedly took place. As reported by the Provincial Police Station, the alleged 45-year-old murderer acknowledged the crime at police headquarters before being brought to justice.

This friend of the prime suspect is still under investigation, but allegedly drove him and the victim in a van, still alive, to the scene of the murder. The vehicle has been seized in Madrid and its owner arrested for his alleged involvement in a crime of homicide.

A post on the official Twitter profile of the National Police read: “We solve the #murder of the woman who was found dead on a beach in #Marbella. Two subjects arrested. The author is the ex-partner of the victim, who has admitted the crime at the #police”.

Forensic agents carried out a reconstruction of the events at the alleged crime scene today, Thursday the 12th. They reportedly acted on the information provided by the main suspect in the statements. he allegedly confessed to murdering and mutilating the woman before dumping her body into the sea. An ocular inspection was performed in an attempt to recover evidence.

👉 The material author is the ex-partner of the victim, who has recognized the crime at headquarters #police pic.twitter.com/sK1sLLIPSj

As reported today, Sunday, January 8, by the National Police, a decapitated corpse was discovered floating in the water on a beach in La Malaga Municipality of Marbella. Specifically, it was found in las canas beach.

The body is believed to be that of a woman and her hands were also missing, she confirmed to Europe Press For the police.

The Cimacc 091 room reported having received a call around 5:00 p.m. this afternoon alerting them to the presence of a corpse on the beach of Las Cañas in Marbella, located near the restaurant club 200 on the Costa del Sol.

Police sources indicated that the Civil Guard has subsequently taken over the investigation to determine the facts surrounding this macabre discovery, as reported laopiniondemalaga.es.