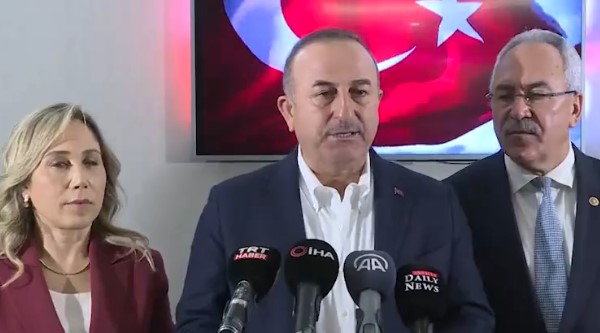 The Swedish government has been condemned by the Turkish Ministry of Foreign Affairs today, Saturday January 21, after granting permission to a far-right politician to burn a copy of the Koran in front of the Turkish embassy in Stockholm.

As published in Republic of Intel Telegram ChannelRasmus Paludan can be seen burning the Islamic holy book in public.

Addressing reporters in the city of Antalya, Turkish Foreign Minister Mevlut Cavusoglu told them: “Despite all our warnings, such permission was unfortunately given to this person. No one can call this freedom of expression and freedom of thought.”

The Ministry also issued a statement: “Allowing this anti-Islam act, which targets Muslims and insults our sacred values, under the guise of ‘free speech’ is completely unacceptable. This is an absolute hate crime.”

It was: “one more example of the alarming level that Islamophobia and racist and discriminatory movements have reached in Europe,” the Ministry insisted.

Prior to the burning of the religious book, the Swedish Ambassador in Ankara was summoned this morning to the Ministry of Foreign Affairs. The expectation that permission to hold the demonstration would be revoked was reportedly conveyed to him.

Tobias Billstrom, the Swedish Foreign Minister, stated that for the government to prohibit a citizen from organizing a demonstration would have been “highly inappropriate”. He further expressed concern that the incident would further disrupt relations between Stockholm and Ankara, leading to another delay in Turkey’s ratification of Sweden’s request to NATO.

He tweeted: “Islamophobic provocations are appalling. Sweden has extensive freedom of expression, but that does not imply that the Swedish government or I myself endorse the views expressed.”

Islamophobic provocations are appalling. Sweden has extensive freedom of expression, but that does not imply that the Swedish government or I myself endorse the views expressed.

Today’s action led Devlet Bahceli, Erdogan’s ultra-nationalist ally, to insist that “in these conditions”, the Turkish government would never ratify Sweden’s entry into the Alliance, as reported gerceknews.com.