This is the new Secretary of Defense 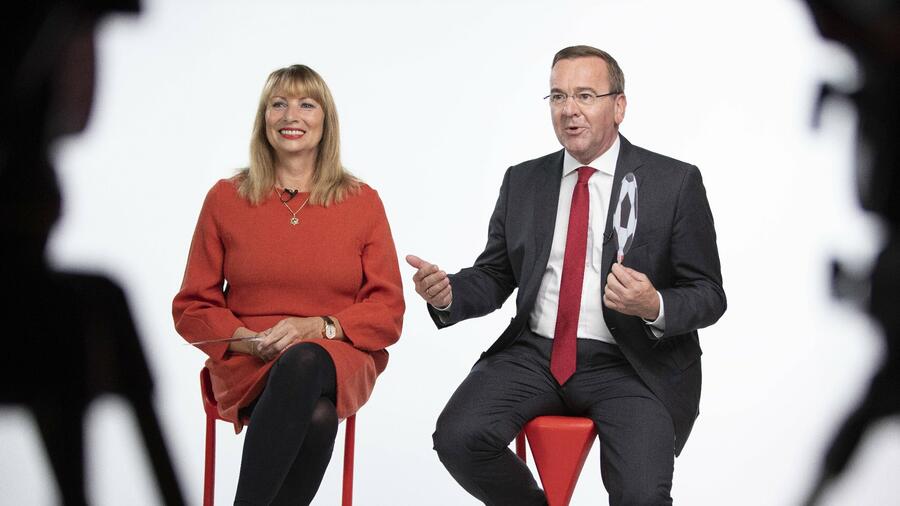 Sedan In mid-September, Boris Pistorius is standing between two large fire trucks at the Stadthagen fire center and talking about cybersecurity since the outbreak of the Ukrainian war. The Minister of the Interior of Lower Saxony is just a kind of sidekick for that day. S.P.D.-Chef Lars Klingbeil, who is touring Lower Saxony on a summer trip.

In the future, however, Pistorius will be in the spotlight like few other politicians in Germany. The 62-year-old succeeds Christine Lambrecht and becomes the new Secretary of Defense. A larger and more difficult task could hardly await Pistorius.

Pistorius is considered a man of clear words. As “assertive and storm-tested,” he is in the S.P.D. designated. And from experience: After almost seven years as mayor of Osnabrück, Pistorius is now in office for the third time since 2013 as Lower Saxony’s interior minister.

The long-serving department head is familiar with security and cyber policy and is considered to be well connected to security authorities. Therefore, there is at least a substantive proximity to defense issues.

In his later political career, he had regular contact with the Bundeswehr, for example through civil protection as mayor and with the navy, army and air force in Wunstorf as minister, Pistorius said on Tuesday.

On his membership in the Parliamentary Assembly of the NATO he also has at least some connections to the international defense scene. In order to bring all these skills to his cabinet table in the future, Scholz even renounced the promised gender parity in the federal cabinet.

Scholz: Pistorius has “a lot of experience in security policy”

“Boris Pistorius is a very good choice,” says Andreas Schwarz, the SPD budget politician responsible for defense policy. “He comes from the security sector and he knows how to run a ministry and deal with the media.” The defense department was also relieved after the personnel decision. “Pistorius is the right one,” said one manager, “the best of all negotiated solutions.”

Unlike his predecessor, Pistorius shouldn’t be a stranger to the company. Rather the opposite. Due to his direct approach, he was already considered one of the most popular ministers in Lower Saxony. His political attitude also fits well with the Bundeswehr: Pistorius is considered to be extremely pragmatic, has repeatedly advocated a more effective security architecture, and has not only made friends in his party.

In 2017, for example, in a paper on Social Democratic domestic policy, Pistorius called for resolute action against terrorist threats, a significant increase in the number of personnel in the federal police, and a better fight against cybercrime.

Among the SPD interior ministers, he was the most prominent in recent years. He made a series of points, for example, in the fight against hooligans, in the debate on Islamist threats or in questions of deportations. On the other hand, he received harsh criticism in 2019 with his proposal to link the penalties for driving on German roads to income.

At interior ministers’ conferences, Pistorius clearly enjoyed arguing with conservatives such as former Interior Minister Horst Seehofer (CSU). Pistorius will also be able to use belligerence and perseverance in his new position. More recently, the Federal Chancellery had taken over defense policy, the defense department was practically out of business, Pistorius will have to assert himself against Scholz here.

In Moscow it should be noted with interest that the new Defense Minister has not always shown a very tough attitude towards Russia. In a 2018 interview, he suggested reviewing the sanctions imposed after the annexation of Crimea.

Pistorius joined the SPD at the age of 16 and completed an apprenticeship as a foreign trade and wholesale trader. He then did his military service at the Steuben barracks in Achim. The fact that Pistorius “served” should help him on the roster.

After his service, he studied law and then worked his way up the political ladder in Lower Saxony. Meanwhile, he also made headlines through his relationship with Doris Schröder-Köpf, the ex-wife of former chancellor Gerhard Schröder.

Originally, the duo had been given realistic chances of winning. In the lengthy application process, Pistorius remained surprisingly pale. A parody of Willy Brandt, which he performed at one of the events, was particularly memorable.

>> Read here: First Lambrecht, then fibers? Union demands clarity on the future of the Interior Minister

Despite the defeat, Pistorius was traded for ministerial posts in the Confederacy. Then there were rumors that he could become Federal Minister of the Interior, provided that nancy phaser this year in the state elections in Hesse as the main candidate of the SPD.

You are now sitting at the cabinet table, albeit in a different position than expected, and perhaps the most difficult. The defense department is considered an “ejection seat.” Many experienced politicians have failed in office. As defense minister, he feels as if he is “with one foot of resignation every day,” says a defense politician.

Pistorius will not have time to get acquainted. On Friday, defense ministers from the Ukraine Contact Group at the US Ramstein Air Force Base will discuss increased support for Ukraine. Ukraine. The federal government takes a position on the delivery of battle tanks to the Ukraine expected.

The new Secretary of Defense must also armed forces hastily cut down on national and alliance defense. It is also important to order urgently needed ammunition and spare parts for the war equipment that has been delivered to Ukraine from Bundeswehr stocks. Further acceleration of the procurement system is also one of the tasks of the new department head.

At the age of 62, Pistorius is nearing the end of his political career. If he fails in office, that wouldn’t be a career killer for him personally. But maybe for Chancellor Scholz.

Scholz has made the tipping point the core of his policy, and is measured by its implementation. And for that he needs a defense minister who can also meet the new demands. Or as an SPD politician put it martially despite the war: “This second shot has to hit the target now.”

More: The largest construction works for the new direction of the Ministry of Defense