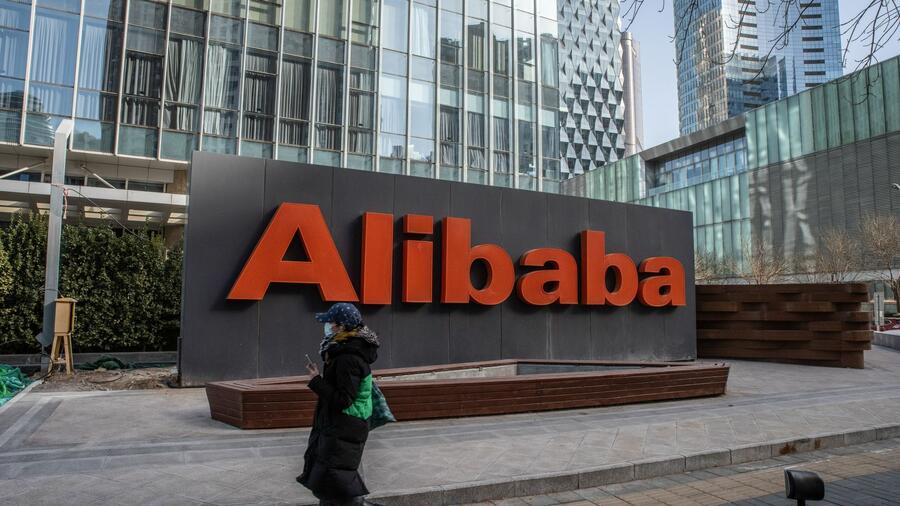 Beijing The Chinese government is signaling an end to the tough approach towards the country’s tech companies. Several decisions indicate that the government considers its so-called “rectification campaign” sufficiently advanced.

For example, the app for the Didi taxi platform has been available again on Chinese app stores since Friday. The company is now able to acquire new customers for the first time in a year and a half. Online gaming giants Tencent and Netease received approvals for new computer games. The internet retailer alibaba High-ranking representatives of the Communist Party even pledged their “unwavering” support during a visit to the company.

But experts caution against over-optimism. The Chinese state’s motivation behind the crackdown on the tech sector remains unchanged, emphasizes Klaus Mühlhahn, Professor of Modern Chinese Studies at Zeppelin University in Friedrichshafen.. Therefore, it is “improbable that there will be a major political change in relation to the large Internet companies,” the expert considers.

With massive interventions, the state has significantly expanded its control over companies in recent years and aligned them with the Communist Party. They are designed to serve the interests of the party and help modernize the industry. It is also likely that the signs of relaxation on the official side are related to the fact that the The Chinese economy has recently weakened.

Successful tech companies have the interventions feel pain. They have grown much more slowly recently and profit margins have fallen.

the example of alibaba-The financial services subsidiary Ant shows the scope of state interventions in some cases: The financial group, to which the payment application was extended alipay property, had to spin off its highly profitable consumer credit business. Connections with parent company Alibaba have been largely severed, the business magazine “Caixin” reports, as has data sharing between the companies.

Alibaba Founder Recently Announced ma cat in, give control to Ant. Only then did financial regulators signal that regulatory efforts at a good dozen financial subsidiaries of tech companies, including Ant, were “almost complete.”

The uncertainty in the once-confident industry was clearly felt during company visits by Handelsblatt last year. They strive to get a better image. Technology companies like Baidu or jd.com specifically refer to their important contribution to the development of the real economy.

The online logistics and retail group, for example, describes itself as a “digital company with real economy features.” jd.com in a presentation. A company representative points out that “industrial partners throughout the supply chain” are being strengthened. In this way, in particular, small and medium-sized businesses are helped, according to party guidelines. This is important for development in China.

Gold shares: the state has increased control over technology companies

China’s technology sector is operating in completely new conditions, explains Antonia Hmaidi of the German think tank on China Merics. “The state has increased control over companies,” she emphasizes. Alibaba and Tencent will create a consortium to develop chips in which the government has a strong interest. “Western governments now face new challenges in dealing with Chinese IT platforms as they are dependent on the party state,” Hmaidi warns.

In this context, experts from China also refer to the growing influence of state leadership in technology companies with the help of so-called “golden shares”. These give the owner special rights, such as a wide say in the appointment of board members and other company decisions, although state ownership is typically only one percent of the share capital. At the moment, the state leadership seems to be mainly concerned with more closely controlling the content distributed through technology platforms.

About the “Chinese Internet Investment Fund”, which is affiliated with internet regulator CAC, the state already owns numerous shares in short-video service Kuaishou and surveillance specialist Sensetime, among others. This comes from a listing on the fund’s website. According to media reports, he also owns shares in the Chinese company. Twitter-Weibo pendant owned by Tencent, as well as on the parent of Tiktok byte dance.

As recently reported by the “Financial Times” (“FT”), the state is said to have recently secured a stake in a media subsidiary of Alibaba. In the case of a Tencent subsidiary, entry is therefore imminent. Apparently, the companies are trying to attract local authorities as shareholders. They are likely to have a greater interest in further growth in their region and act less stringently, while in the central administration in Beijing the line loyalty test plays a more important role.

>> Read also: How dependent is German industry on China?

However, so far, the new control mechanism has only affected the media subsidiaries of technology companies, emphasize experts from the Chinese think tank Trivium. Beijing would thus remain faithful to its original intention of only controlling the content of the platforms. If gold shares become mandatory outside the media industry as well, Trivium’s experts “will start to worry.”

However, globally active Chinese tech companies in particular seem to fear that state involvement will damage their international image. As the “FT” with reference to internal documents of byte dance As reported, the company is seeking to further decouple its global entities, ostensibly to remove them from the scrutiny of government watchdogs on management.

Since late 2020, as part of the fix campaign, state leadership has significantly expanded control over tech companies, which had previously grown de facto without regulation. Officially, the goal is to protect competition, protect consumers and prevent “uncontrolled growth of capital.” But as is often the case in China, the party also wants to expand its control and power.

In November 2020, for example, the government put internet giant Alibaba and its founder Jack Ma in their place. Ma had previously publicly criticized the “pawnshop mentality” of regulators. financial supervisors then halted Ant’s $2.8 billion IPO. Party and state leader Xi Jinping himself gave the order, the Wall Street Journal reported at the time, citing inside sources.

This was followed by heavy fines for internet platforms like Alibaba or meituanbecause they are said to have abused their market power. In July 2021, the taxi service provider Didi fell targeted by Chinese internet regulator CAC. She accused him of endangering China’s national security by going public in the United States. More strikes against online gaming companies like Tencent, the internet tutoring industry, and numerous fintechs followed.

More: No one can predict what will happen in China