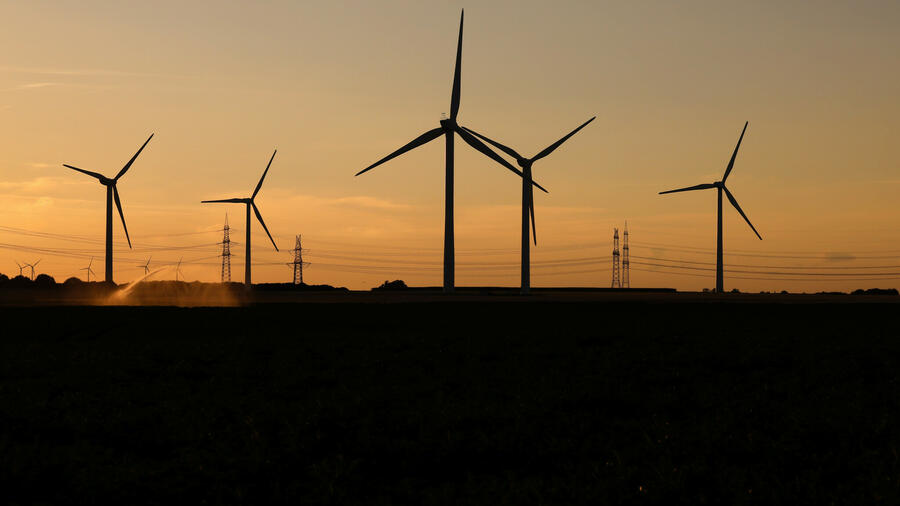 Brussels, Berlin In the future, electricity customers should no longer be exposed to price increases as high as last year. There should also be more incentives to expand wind and solar power. The EU Commission has taken a first step to change the rules of the electricity market. On Monday, he began a consultation process by sending 65 questions and several pages of statements to interested parties. The survey runs through February 13. The Commission intends to present a legislative proposal in the course of March.

The objectives of the reform contradict each other in some parts: high electricity prices must be avoided so as not to overburden consumers. On the other hand, the expansion of wind and solar power plants should become more attractive, which requires high prices. The Commission sees two ways to resolve this contradiction. Both aim to limit fluctuations in market prices.

On the one hand, there are contracts in which large customers buy their electricity at a fixed price for a period of five to 20 years (“Power Purchase Agreement”, PPA). Today, 15 to 20 percent of new wind and solar power is sold through these PPAs, according to the commission. In your questionnaire, you ask for information on what obstacles to PPAs could be removed.

“Market reform can reduce fluctuations in market prices. That would help investors and consumers,” says Ingmar Schlecht, an expert on the electricity market at the Zurich School of Management and Law.

The industry sees danger for the expansion of wind energy

However, the green industry clearly warns against CFDs. Simone Peter, president of the Federal Association for Renewable Energies (BEE), speaks of a “planned economy model”.

This is due to the following mechanism: the more complex the electrical system becomes and the more fluctuating amounts of electricity entering the grid from renewables, the more important price signals become. They mean that flexible generators, like gas-fired power plants, start up exactly when they are needed. This also allows for lower electricity prices.

“We need price and market signals to balance the electricity market and therefore a market design that encourages flexibility,” says Peter. CFDs, on the other hand, limited price signals.

Therefore, an April 2022 European electricity market regulator (Acer) analysis was critical of CFDs. At that time, the experts concluded that there were good reasons to retain the previous market layout and that improvements needed to be addressed in the long term rather than the short term.

it could be converted to electricity in Europe between 2024 and 2028. This is currently indicated by futures trading prices.

However, the EU Commission wants to come to a conclusion as far as possible before it is recomposed in the spring of 2024. Some Member States are also pushing, especially with regard to the introduction of CFDs. Spain and France tried before the consultation periodinfluence the Commission proposal accordingly.

The Commission is considering continuing emergency interventions in the electricity market

Your calculation could be short term, because CFDs can be used to reduce electricity prices in the short term. This is because prices are very high right now and markets are expecting lower prices in the future, as reflected in futures prices. From 2024 to 2028, the price will drop a good 40 percent.

CFDs for existing solar and wind systems would anticipate this price drop, but would lead to higher than expected prices in the future. “This is a different kind of national debt,” says energy expert Schlecht. “We live cheaper today and we will pay for it in the future.”

In its questionnaire, the EU Commission also explores the possibilities of continuing with the emergency interventions in the electricity market that are still in force. As a result of these interventions, the price of electricity from most producers is limited to €180 per megawatt hour at all times.

“The Commission’s deliberations about the long-term continuation of revenue theft are counterproductive with respect to renewable energy investments and should not continue,” said Kerstin Andreae, chair of the Executive Board of the Federal Association of Energy and Energy Industries. Water. (BDEW). In general, the Commission is too fixated on prices and needs to focus more on investments.

More: The Minister of Economy of Spain on the cost of energy: “Our approach was very different from the German one”