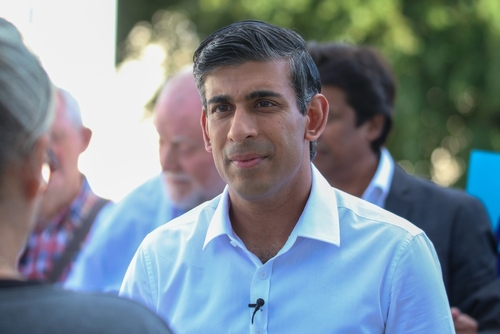 UK Prime Minister Rishi Sunak He has been on the charm offensive using videos to speak to the nation, however his latest one went spectacularly awry after he was filmed not wearing the mandatory seatbelt.

The images that appeared on sky news on Friday 20th January it clearly shows Sunak breaking the law for which a fine of up to £500 can be imposed.

Lancashire Police have said they are investigating the incident after the PM admitted to a “brief error of judgement”, which his team explained: “The PM removed his seatbelt to film a small clip. He fully accepts that this was a mistake and apologizes for it.”

A government spokesman added: “The prime minister believes that everyone should wear seatbelts.”

Do you know how terribly condescending that sounds? This Tory government broke our NHS. level up @RishiSunak pic.twitter.com/UUEASh6Mde

In the UK, where a seatbelt is available, it is a legal requirement to wear it with the only exceptions being when a car is used for police, fire and rescue services, and for certified medical problems.

Figures provided by the Department of Transportation show that in approximately 30 percent of all road fatalities, the person who died was not wearing a seat belt.

This is another blunder by Sunak, who has become accustomed to using video to try to improve his ratings with the electorate, since in recent days he has been seen not knowing how to do basic everyday things, such as using a credit card. no contact.

A spokesperson for the Libse Democrats was quick to draw comparisons to former law-breaking prime minister Boris Johnson, saying: “Different Conservative PM, but certainly has the same disregard for the rules.”

The road safety and rescue organization, AA, added its voice reminding drivers and their passengers: “No matter who you are, it is important to wear a seatbelt when you are in the car.

“In 2020, one fifth of all car occupant fatalities were not wearing seat belts.”

Sunak’s last brush with the law saw him fined along with Johnson after the party scandal. Often criticized for being out of touch, Sunak’s charm offensive once again went awry and only days after he opted to fly by private plane to a meeting in the north of England rather than use the train service.