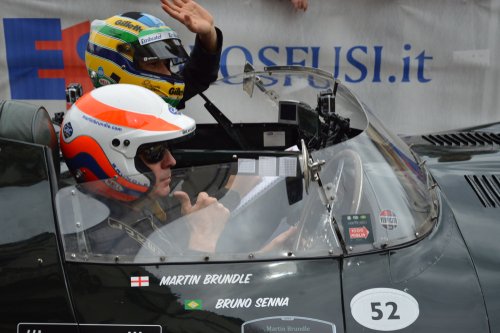 Sky Sports F1 is making changes to its commentary lineup with Johnny Herbert and Paul di Resta leaving the team.

The changes were confirmed to mirror on Wednesday January 25 by the broadcaster which has indicated that there are no plans to replace the couple. No reasons were given for the change.

A Sky Sports F1 spokesperson said: “Johnny has been an integral part of our formula 1 team since the first season on Sky Sports in 2012. We will miss his humor and great personality and thank him for his energy and enthusiasm over the past 11 years.

“Everyone wishes him the best for the future.”

Herbert, whose colleagues have taken to social media to say they will miss him, said: “Unfortunately I’m not with Sky this year, but there are other things I will be involved with.

“For sure I will be at Silverstone and at the Monaco Grand Prix. I hope to get to Le Mans this year as well, because this time it will be a great event.

“I do a bit of karting, no racing, just testing. My son-in-law wants me to race, but I really don’t, but you’ll probably see me at a go-kart track near you.

“I have several things going. I am enjoying things on the track and also life off the track.”

The pair of commentators will be missed by many racing fans as Sky Sports F1 announces the changes, but you will still be able to enjoy the very capable team of racing experts who will continue to work for the channel.