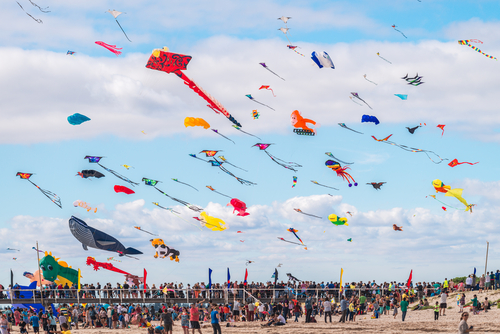 This years International Kite Flying Day in India it went spectacularly wrong after six people were slashed to death by a Dragon kite string.

According to to the scottish sun On Wednesday, January 18, deaths at the kite festival are not uncommon, but this year’s Hindu festival was tragic with three children ages two, three and seven among the dead.

Some 200 people were injured in total according to local police with kites flying from all vantage points. But often they fall to the ground or the fliers lose control and that can cause the kite strings to wrap around someone’s neck or rub against them.

Not all kites are for display, as many participate in “dragon fights,” where flyers work to release their opponent’s kite. Kite strings are often strengthened with metal or glass powder to give the handler better control and allow them to fly bigger, more spectacular kites, as it protects their strings from being cut.

Reinforced cords are dangerous and can cut like a sharp blade, and anyone who gets in the way can be injured.

New Delhi Television said the two-year-old girl who died was lifting her pram when the rope became entangled around her throat. She was rushed to the local hospital in the city of Bhavnagar, but she died the next day.

Despite the obvious dangers, dragon fighting competitions are popular, but rarely do as many as six people die with their throats slit by kite strings.