Scholz’s silence about the delivery of the tank is fatal 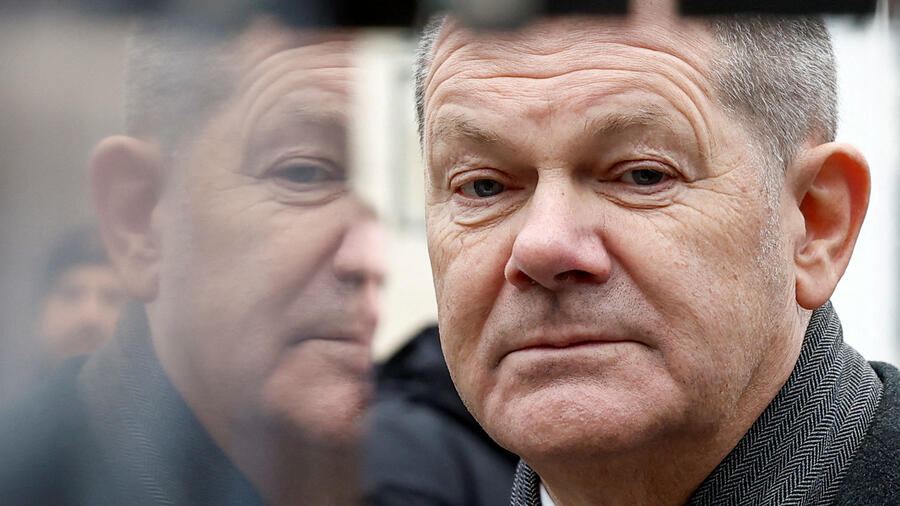 Together and closed in front Russia Act: that was the Chancellor’s statement, repeated countless times. In fact, the argument is not the worst; because if it is for Vladimir Putin If there is a central objective besides total victory, then it is the division of the West. However, the fact that the chances of the warlord in the Kremlin not seem too bad to achieve this goal is largely due to the chancellor.

Scholz has long been irritating the EU’s partners in the east with his stance on the issue of main battle tanks. But now he, too, is increasingly despising the Americans.

So stated Scholz, he and the US president. Joe Biden agreement: Germany will only deliver its Leopard 2 if the USA made its Abrams available to the Ukraine. Not only that Defense Minister Boris Pistorius, who had just been appointed by Scholz, publicly wanted nothing to do with such a connection. It is also a fact: Biden is fed up with that the chancellor seeks the reason for his hesitation in the White House.

The big picture: The foreign minister, of all people, who has always evoked the unity of the West, is feeling increasingly lonely in the tank debate, mainly because he does not believe it is necessary or is not even able to explain his position . And even the willing observer wonders what would really be worse.

Leopard-Panzer: What are the reasons for Olaf Scholz’s hesitant attitude?

So what could be the reasons for the Chancellor’s hesitant attitude? Is it really the fear of a nuclear escalation of this war? Do you want to prevent Putin at all costs? NATO or even classified Germany as a war party? Or are you primarily concerned with making the US take responsibility?

one does not know The Chancellor does not declare himself publicly. At least not in the way that would be necessary at a time when a Russia that is both revisionist and imperialist is not only openly questioning the European security architecture, but also endangering it.

Emmanuel Macron, following a similar cautious and balanced strategy as the chancellor, shows how it’s done: France’s president sets clear criteria and requirements for the delivery of the French Leclerc main battle tank.

The chancellor is very different: he communicates in a minimally invasive way at best, seems aloof, and at least gives the public, but probably also one or the other interlocutor at the political level, the feeling that he, the far-sighted chancellor, do not deem it necessary, all involved to share in their ruling knowledge. The chancellor wants to appear as the master of the situation, even when the situation, as it is currently, has gotten completely out of control. And it is to be feared that his refusal to communicate openly and clearly played a role in this. It all looks even more absurd since very few, and probably not even Scholz himself, doubt that leopards will be used in Ukraine in a few weeks.

>> The Handelsblatt Security Conference: How is the implementation of “Zeitwende” going in politics, business and society?

“History is watching us,” Defense Secretary Lloyd Austin said in Ramstein. The chancellor may well feel that he is being addressed personally.

Tank debate: Olaf Scholz hides behind the US president

Olaf Scholz is a long way from the affirmation of his speech on the turn of the century, which rightly found a very positive response internationally. The chancellor spoke of a German leadership role and of greater responsibility for Europe in security policy, of European sovereignty. She now she hides behind the American president in the Leopard debate. Out of consideration for Berlin, Biden apparently left the chancellor’s claim unchallenged for so long.

The coalition also shows how precarious the situation for the chancellor and his party has become. Marie Agnes Strack Zimmermann PDF-Federal executive and president of the defense committee, you can indisputably describe the attitude of the chancellor in your party as “shameful”. Green Foreign Minister Annalena Baerbock announces that she will agree to Poland’s request for the delivery of Leopard tanks, a promise that the chancellor himself avoided at all costs in Ramstein. In any case, Warsaw had publicly considered whether to deliver without Berlin’s approval if necessary; that also has a new quality.

Scholz was only now starting a test order on how many Leos were available and when, as if the week-long debates over German tanks hadn’t even happened. Who wants to understand that, with a chancellor who claims to know the situation like no one else and always act with foresight?

Much of what is currently failing in the Chancellor’s Party is no doubt also due to the Social Democratic legacy of a special relationship with Moscow. This has been particularly evident since the outbreak of the Ukrainian war. It started with the proud and high-profile announcement to deliver 5,000 helmets to Ukraine.

This was followed by the chancellor’s hesitation and procrastination with each delivery of new arms branches: Scholz only acted when the pressure was so great that there was no other choice. In addition, the fact that the volume of weapons supplied from Germany is now impressive – the behavior was not worthy of the largest economy.

Now they are the voices of S.P.D., who call for armistice negotiations and warn of a new cold war if Berlin surrenders the Leopards. A new cold war? It has long been hot, committed by an assailant who could not be more clearly identified. Rarely has the situation in international law, even in moral terms, been clearer than in this war.

In essence, it is about the “question of whether power can break the law,” Scholz correctly stated in his turn-of-the-century speech. It is about putting limits on warmongers like Putin. That, in turn, required one’s own strength, according to the chancellor.

It is precisely the strength that the chancellor and his party currently lack.

More: Morawiecki: will ask Germany for permission to deliver Leopard