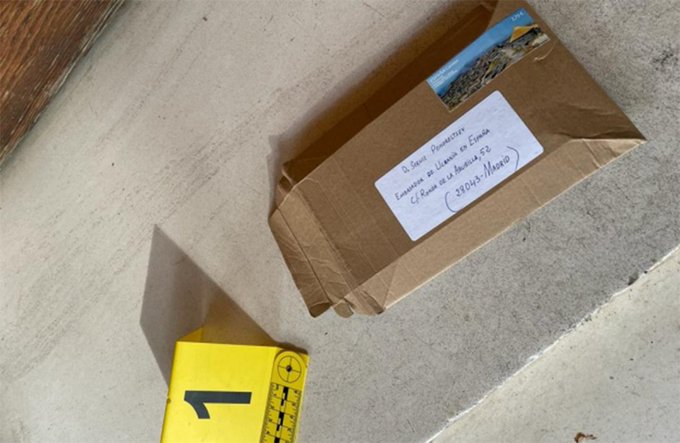 The letter bombs that were sent in Spain last year were probably organized by Russian military intelligence, the New York Times.

A series of envelopes and packages mailed last November and December to various official places in Spain were the work of Russian military intelligence. This report was made today, Sunday, January 22, by the New York Times.

The news outlet claimed that a source informed them that members of the Russian Imperial Movement, a far-right group, were involved in the campaign, at the request of Moscow, it reported. gazeta.ru.

“In recent weeks, investigators have turned their attention to the Russian Imperial Movement, a radical group that has members and associates across Europe, as well as military-style training centers in St. Petersburg,” the source allegedly told the newspaper.

As the publication points out, Spanish and foreign investigators are currently investigating who sent letters with explosive devices inside between November and December 2022.

They were delivered at the official residence of Pedro Sánchez, the President of the Government of Spainthe embassies of the United States and Ukraine, and the Ministry of Defense of Spain.

According to sources in the newspaper, the movement has links with the Russian special services, and important members of the organization have been located in Spain.

American officials suggested that the Russian officials in charge of the campaign were intent on taking European governments by surprise. They may have been testing puppet groups in case Moscow decided to escalate the conflict, they added.

“The obvious purpose of the action was to show that Russia and its puppets can carry out terror attacks all over Europe, including in the capitals of NATO member states,” the newspaper’s interlocutors told them.

It was previously reported that the investigations carried out by the Spanish police revealed that the six letters all came from the city of Valladolid.