Putin’s warship armed hypersonic missiles is sailing towards the US 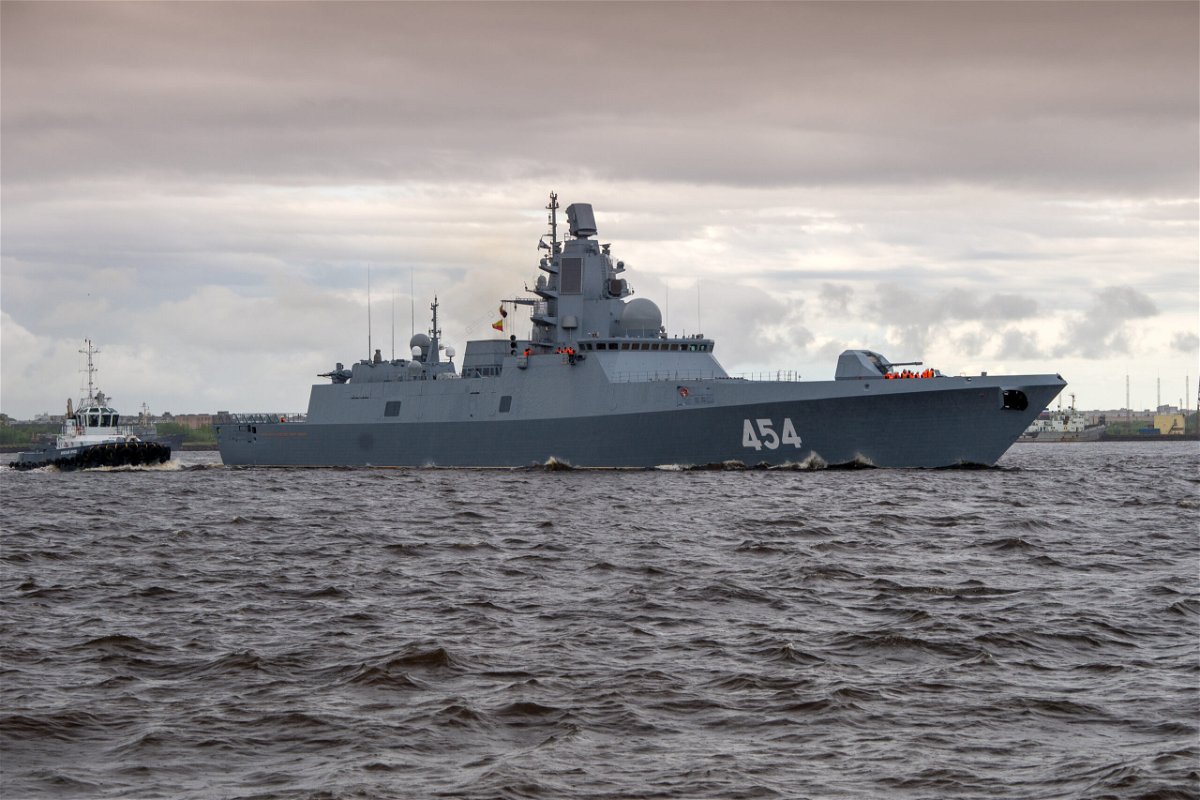 The frigate is being followed in international waters by NATO ships as it makes its maiden voyage, reportedly in a “show of force” by the Russian president, according to thesun.es.

The Zircon nuclear-capable missiles are said to be ‘unstoppable’, capable of traveling at a speed of 6,670 mph, or Mach 9. They have an estimated range of 625 miles. It is also known to be loaded with Kalibr missiles, which were used in the Ukraine conflict.

Admiral Gorshkov was “seen on radar in neutral waters of the Atlantic Ocean, within effective salvo launch distance from the US coast,” according to an unconfirmed Telegram channel. This has not been commented on by the Russian Defense Ministry.

Earlier this month, the ship passed through the English Channel guarded by Royal Navy ships. She continued her journey towards the Atlantic, where she was followed by the Portuguese navy. At this point, the frigate was expected to head towards Africa, but she unexpectedly veered off course.

The ItaMilRadar tracking site suggested that in the Bay of Biscay, she separated from the escorting Kama tanker and headed west.

Subsequently changing course to sail south, the ship passed some 800 miles west of the island of Flores in the Azores. From this position, she is not within attack range of the US, but she might soon be if she continues her route.

When Admiral Gorshkov set sail on January 4 from the naval port of Murmansk severomorsk in the Arctic, Vladimir Putin boasted that nothing in NATO’s arsenal could match his ship and its ‘latest generation’ of lethal firepower. He described it at the time as “an important, if not momentous, event.”

Putin boasted that Zircon “has no equivalent in any country in the world. I am sure that such a powerful weapon will allow us to reliably protect Russia from possible external threats and help ensure the national interests of our country.”

“Now that it is armed with the new hypersonic missile, the Gorshkov is the most dangerous enemy of surface ships in the world’s oceans,” the Kremlin said. During tests in the Barents Sea last year, the Zircon missiles reportedly hit targets located some 625 miles away in the White Sea.

Igor Krokhmal, the frigate’s captain insisted: “No one will see the launch of the missile or its flight. They will only see when the missile hits the target. One surface target, one coastal target. I don’t think there will be anything to counter this in the next few years.”