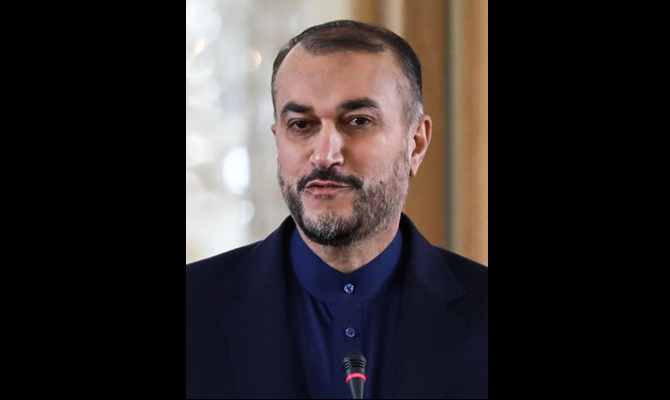 Despite maintaining “good relations” with Moscow, Iran says it will never recognize Crimea and four other Donbas regions as Russian.

During an interview on Thursday, January 19 with the Turkish TV channel TRT WorldHossein Amir Abdollahian, Iran’s Foreign Minister, confirmed that Tehran did not recognize Crimea and four other Donbas regions as Russian.

This will be a huge blow to President Vladimir Putin, who clearly sees the Republic of Iran as an ally. Abdollahian insisted that Crimea, DPR, LPR, Kherson and Zaporizhzhia, with reference to the observance of international laws, were Ukrainian territory, as reported by gazeta.ru.

“Therefore, despite the excellent relations between Tehran and Moscow, we did not recognize the separation of the Crimean, Luhansk and Donetsk regions from Ukraine. We insist on our consistent principle in foreign policy: when we say that the conflict in Ukraine is not a solution, we believe in our position as a fundamental political principle, ”he told the television channel.

The Iranian minister stressed that the country’s authorities “do not fight for double standards. We oppose wars in IraqSyria, Yemen, Palestine and Afghanistan. And in the same way, we oppose war and the displacement of people in Ukraine.”

Almost simultaneously with this statement, the second conversation in 10 days between Russian President Vladimir Putin and his Iranian counterpart Ebrahim Raisi took place. They discussed “current issues in bilateral relations, including cooperation in the energy and transportation sectors,” according to the Kremlin website.

The leaders of the countries also referred to the situation in Syria. “The importance of continuing close coordination within the framework of the Astana process was noted as a key mechanism to promote Syrian settlement,” he said on the website. Putin and Raisi agreed to maintain contact between the countries at different levels.

Unlike Western countries, Iran did not impose sanctions against Russia and consistently advocated strengthening interstate relations.

On January 19, Iran’s Foreign Minister Abdollahian expressed the opinion that the main reason for the conflict in Ukraine is “the provocative actions of NATO and some Western states”. He believes that the events in the region are a complex situation.

“Some think tanks in the West believe that the war in Ukraine is a new beginning in the history of international relations. Well, the position of the Islamic Republic of Iran was clear from the beginning of this war and it was confirmed at the highest level. We oppose the war and aim for a political settlement”, stressed the minister.

Ukraine, the US and the EU have accused Tehran of supporting the Russian invasion, including the transfer of arms to Moscow. Russian and Iranian authorities denied this.

Earlier, Serbian President Aleksandar Vucic expressed his position on Russia’s ownership of Crimea and the four Donbas regions. in a interview with Bloombergthe politician said that Belgrade would never recognize these regions as part of Russia.

“We said from the beginning that we could not and have no right to support the Russian invasion of Ukraine. For us, Crimea is Ukraine. Donbas is Ukraine, and always will be, ”she stressed. Vucic also expressed his opinion on the conflict in Ukraine. He believed that “the worst is yet to come.”

Following the coup in Ukraine in 2014, the Crimean and Sevastopol authorities held referendums on the issue of incorporating the territory into Russia. More than 80 percent of the residents with the right to vote participated. The vast majority were in favor.

On March 18, 2014, Russian President Vladimir Putin signed an agreement on the admission of the Republic of Crimea and Sevastopol to Russia. Despite the referendum results, Kyiv and its allies refused to recognize Crimea as part of the Russian Federation.

In September last year, similar referendums were held in the DPR, LPR, Zaporizhzhia and Kherson regions. On October 4, Russian President Putin, after a vote, signed laws on the admission of regions into the country.