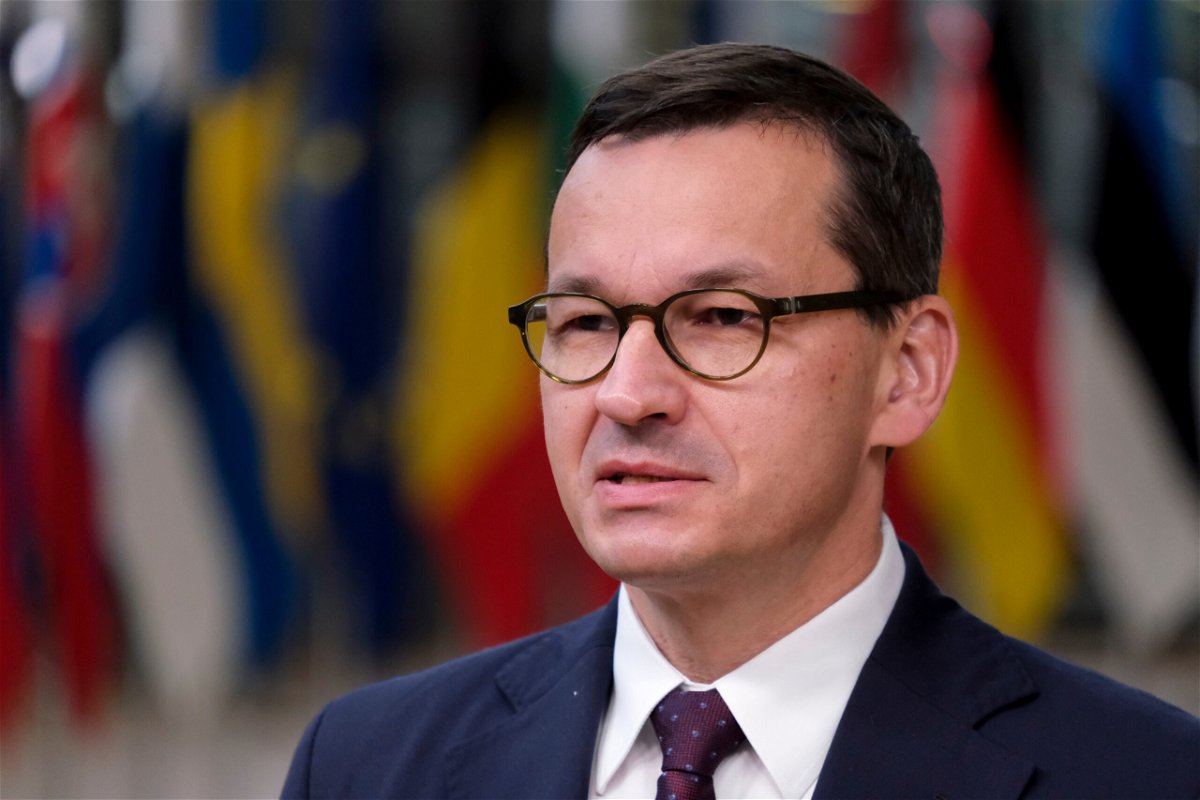 Polish Prime Minister Mateusz Morawiecki denounced the “shameful accusations” made by former Foreign Minister Radosław Sikorski and denied the existence of a plan to divide Ukraine.

Radosław Sikorski, former Polish Foreign Minister, said today, Monday, January 23, that the ruling Law and Justice party in Poland was thinking about the possibility of dividing Ukraine in the early days of the Russian invasion of Ukraine.

Talking with Zet Radio, when asked if Warsaw thought of dividing Ukraine at the end of February or the beginning of March 2022, revealed: “I think that in the first 10 days of the war there was a moment of hesitation when we all did not know how it would go. Ukraine could fall.

This party lost the Seimas elections in 2015, and since 2019 it has participated in the European coalition. Sikorski has been a member of the Polish European Parliament since May of the same year.

Posting later Monday on Twitter, he wrote: “There was a moment of hesitation in the policy towards Ukraine. And the Hungarian Prime Minister, Viktor Orban, still has it.”

His comments drew a strong response from Polish Prime Minister Mateusz Morawiecki, who tweeted: “Former Foreign Minister must weigh words. I await the rebuttal of these shameful accusations. I call on the opposition to distance themselves from Radoslav Sikorsky’s statement.”

In June last year, Sergei Naryshkin, the director of the Russian Federation’s Foreign Intelligence Service, claimed that the Polish leadership was working on various “plans for the division of Ukraine”.

“According to the information received, the leadership of Poland has begun to draw up scenarios for the de facto dismemberment of Ukraine,” he said, according to gazeta.ru.

Warsaw allegedly planned to “deploy its peacekeeping contingent to western Ukraine,” the official continued. Naryshkin also did not rule out the possibility of creating a Polish-controlled proxy state in East Kresy, which would be “under the protection of the Polish armed forces.”

Naryshkin added that he believed a project was being considered to form a “buffer zone” of the central regions of Ukraine to avoid an undesirable direct clash with Russia. He stated that the Polish authorities were convinced that the United States and the United Kingdom would be forced to support this plan.

In April, Naryshkin again stated that Washington and Warsaw were allegedly working on plans to establish Poland’s politico-military control over “historical possessions” in Ukraine.

PND columnist Hanna Kramer claimed in mid-December that Warsaw had set the dates for the start of the ‘Kyiv liberation march’. She had also planned a subsequent referendum on the return of East Kresy, the former Polish lands, now the territory of Ukraine, she added. The author associated preparation for hostilities with regular military training in Poland.

Eastern Kresy or ‘outskirts of the east’ is the Polish name for the territories of present-day Ukraine, which are currently part of Galicia, western Ukraine, western Belarus and Lithuania, which were once part of Poland.