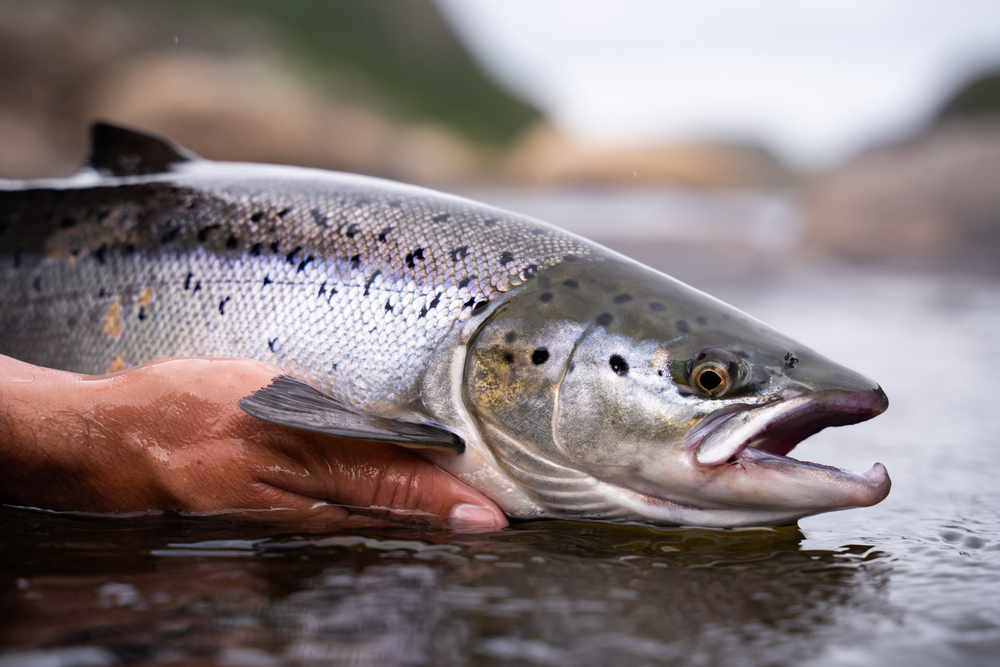 More than 15 million salmon die on Scottish farms in a year. Photo by Ilya-Marchenko Shutterstock.com

The number of reported salmon deaths on Scottish farms has doubled in 2022 as farmers blame swarms of jellyfish while campaigners point to severe overcrowding.

Salmon deaths on Scottish farms are reported to have doubled, according to recent official data.

According to the Fisheries Health Inspection, this figure doubled in 2022, due to the increase in diseases, parasites and jellyfish.

Data from the government body suggests that more than 15 million salmon deaths were reported, from January to November 2022.

While salmon farmers blamed the deaths on microjellies, as huge swarms were seen in British waters, environmental campaigners say the reason is overcrowding.

“Deaths in fish pens have reached record levels for a number of reasons,” said Abigail Penny, chief executive of Animal Equality UK, quoted by the guardian.

He added that this is due to “a sharp increase in infectious diseases among fish that are caged in unnaturally crowded cages, as well as poor gill health and harsh treatments to remove lice from infested waters.”

“As the industry grows, so do these issues. We must take back power and boycott farmed fish, it’s the only way we can start to curb this worsening problem.”

Meanwhile, according to a statement from a Scottish government spokesperson, all farms have voluntarily agreed to report salmon kills.

“Mortality reports list multiple factors, for example gill problems, bacterial or viral infection, handling or predation, so it is not always possible to assign mortalities to a specific cause,” the spokesperson said.

The statement added: “However, gill health remains a key issue. There has been an increase in the attribution of environmental problems, including jellyfish and plankton blooms, and bacterial infections as a cause of mortality in 2022.”

Among all the fish sold in the UK, salmon makes up more than 29 per cent of sales. In 2022, the British spent approximately 1.2 billion pounds sterling (1.35 billion euros) in stores to buy this fish.

Scotland is also a major exporter of salmon with about a quarter of the product being exported.