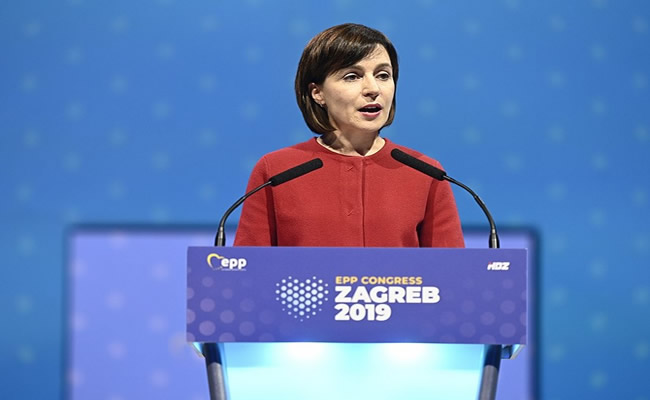 Moldovan President Maia Sandu suggested that the nation’s citizens should decide whether the country should abandon its neutrality to join NATO.

Moldovan President Maia Sandu suggested today, Saturday, January 21, that the nation’s citizens should decide for themselves whether the country should abandon its neutrality. In an interview with Politico, she expressed her desire for the republic to join NATO.

“Now there is a serious discussion about our ability to protect ourselves. Can we do it ourselves or should we be part of a larger alliance? And if we, as a state, come to the conclusion that we need to change neutrality, this must go through a democratic process, ”she stressed.

Sandu maintained that he did not agree with the opinion that Moldova does not need to invest in the military sector. The President herself pointed out that she believed that, in the context of the events in Ukraine, it was important for Moldova to strengthen its defense potential, as reported gazeta.ru.

Earlier, the Moldovan leader expressed interest in increasing US, EU and NATO military assistance to strengthen the republic’s defense capability. For Moldova to be armed according to alliance standards, more than 40 million euros will be allocated, she revealed at the time.

As the newspaper noted, although not a member of the North Atlantic Alliance, Moldova has still been cooperating with it and also contributed to the NATO-led peacekeeping forces in Kosovo.

In December, political He recalled that Moldovan Foreign Minister Nicu Popescu met with colleagues from NATO countries in Bucharest. During this meeting, the allies confirmed that they would support the republic. In particular, the training of the Moldovan defense forces was announced.

The conflict in Ukraine also affects Moldova, the outlet insisted. A week ago, according to the local Ministry of Internal Affairs, fragments of a rocket fell on the territory of the republic again.

These fragments were discovered by the border patrol at the Larga checkpoint on the Ukrainian border. Prior to this, similar cases occurred in October and December of last year. Russia’s attacks on energy infrastructure in Ukraine have also knocked out electricity supply in Moldova, they added.

After the publication of the Maia Sandu interview, Igor Dodon, the former president of Moldova, posted on his Telegram channel calling the current head of the republic dangerous.

“Sandu continues to draw Moldova into NATO, against the neutrality prescribed in the Constitution and the will of the Moldovan people, who are categorically against joining this military structure,” Dodon wrote.

The politician stated that the president is acting “by order of his masters abroad, against the interests of the country and the people, against the sovereignty, territorial integrity and independence of Moldova.”

“Our citizens want to maintain neutrality and peace, as the results of numerous public opinion polls show, and they will never agree to become NATO’s cannon fodder in the fight against Russia,” he insisted.

It is not the first time that someone in Moldova talks about the impossibility of maintaining neutrality in the context of the situation in the neighboring country. In December, Igor Grosu, speaker of the country’s parliament and leader of the ruling Action and Solidarity Party, told TV8 that the republic now needs to “choose a side”.

“Are we on the side of war or on the side of peace? Saying that we are against violence, we are neutral, we are independent, we love everyone, that is impossible, inadmissible and unforgivable”, said the parliamentarian.