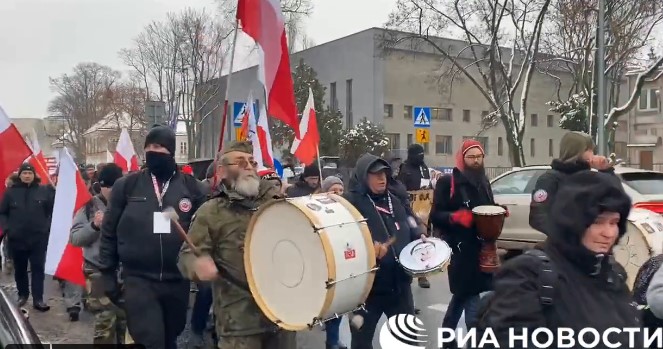 Demonstrators took to the streets of Warsaw to protest against Poland’s involvement in the conflict in Ukraine.

Participants in the “This is not our war” movement, who oppose the participation of Poland and Poles in the conflict in ukrainetook to the streets of the country’s capital warsaw Today Saturday January 21.

As the organizers of the action noted in a widespread invitation to join the procession, Polish politicians and the media: “relentlessly fill the heads and hearts of Poles with propaganda in support of the war.”

They continued: “The comradely patriotic movement, remembering, in particular, our tragic history of 1939-1945, resolutely protests against military rhetoric. There must be peace in Poland, and those who push us to participate in someone else’s war must be held accountable.”

The demonstrators arrived in the center of Warsaw armed with Polish flags and displaying banners that included the slogans “This is not our war”, “Stop the Americanization of Poland” and “We want to live in peace”.

A column of protesters marched through the streets of Warsaw to the Castle Square in the historic part of the city. The authorities deployed a large number of police officers to monitor the protesters, according to tass.ru.

In Poland, people went to a demonstration against the war in Ukraine! Slogan, do not involve Poland in the war, this is not our war! pic.twitter.com/5Gf2UhCVmo