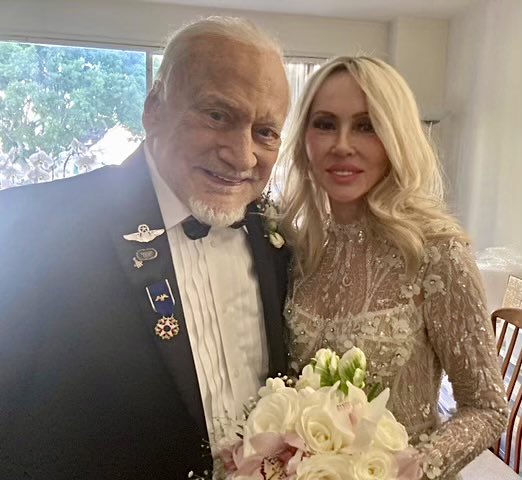 buzz aldrinthe second man to set foot on the moon, marries for the fourth time and at the ripe old age of 93.

Announcing the marriage to his longtime girlfriend, Dr. Anca Faur, on Twitter, Aldrin said: “On my 93rd birthday and the day I will also be honored by the Living Legends of Aviation. I am pleased to announce that my lifelong love, Dr. Anca Faur, and I have married.

“We were joined in holy matrimony in a small private ceremony in Los Angeles and we are as excited as eloping teenagers.”

On my 93rd birthday and the day that Living Legends of Aviation will also honor me, I am pleased to announce that my longtime love, Dr. Anca Faur, and I have married. We’re joined in holy matrimony in a small private ceremony in Los Angeles and they’re as excited as eloping teenagers. pic.twitter.com/VwMP4W30Tn

30 years his junior, Faur is executive vice president of Buzz Aldrin Ventures LLC, which manages all of Aldrin’s interests and investments. According to her LinkedIn page, the doctor in chemical engineering has been working for the company since 2019.

The very happy Aldrin suffered from depression and alcoholism after returning from space, but has now been sober for 40 years. He retired from NASA in 1971 and in 1998 he founded the ShareSpace Foundation.

Not for profit, the organization was established to promote the expansion of manned space exploration.

With a little luck, buzz aldrinthe second man on the moon, marrying for the fourth time, will have finally found the happiness he’s been looking for.