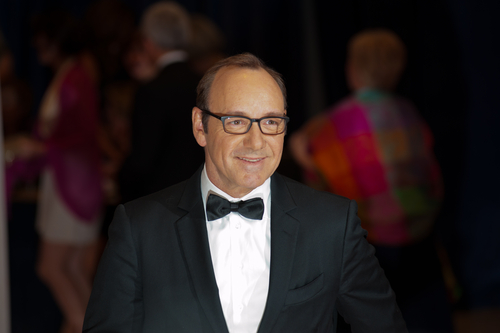 Days after appearing in court on charges of sexual assault, actor Kevin Spacey has been awarded a lifetime achievement award.

the two-stroke Academy Award Winner He was in Turin, Italy, where he was honored for his contribution to the growth of cinema.

Sky News reported on Tuesday January 17th Spacey was in Turin to give a master class and present a screening of the 1999 film American Beauty. Spacey appeared in a UK court via video link on Friday where he faces further charges of sexual assault.

Speaking to the local Ansa news agency, he said he had not withdrawn from public life, although this was his first speaking engagement since the allegations came to light in 2017.

He said: “I live my life every day, I go to restaurants, I meet people, I drive, I play tennis, I have always managed to meet generous, genuine and compassionate people.

“I have not hidden, I have not gone to live in a cave.”

During his speech, he thanked the National Museum of Cinema in Turin, for having counted on “le palle” -balls in Italian- to invite him. He said: “My heart is full to the Cinema Museum for having the ‘palle’ to invite me tonight.”

He went on to thank museum Director Domenico De Gaetano and Head of International Relations Marco Fallanca for organizing the event by saying, “By presenting this award, they are making a strong case for artistic achievement and for that, they should be applauded.”

Spacey, who filmed his last role in Turin in director Franco Nero’s The Man Who Drew God, gave a special mention to his manager, Evan Lowenstein.

Spacey is scheduled to go to trial in London in June, when he will face charges over a dozen allegations that he sexually assaulted four men between 2001 and 2013.

He has pleaded not guilty, having previously faced charges in the US where he was found not guilty.

Despite the charges, Kevin Spacey it remains a favorite among movie audiences and those in the industry who have awarded it a lifetime achievement award.