Jeweler Christ wants to expand with a new owner in Europe 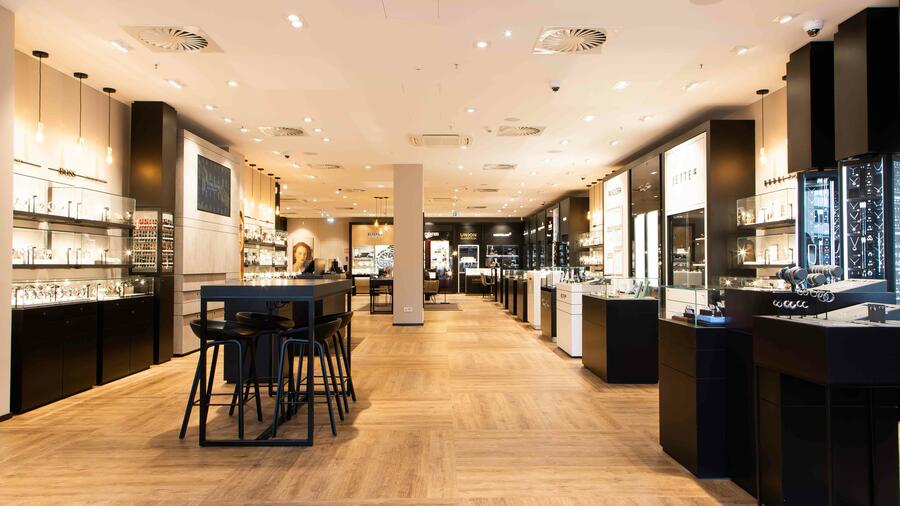 dusseldorf The Christ jewelry chain has more than recovered from the drop in sales during the coronavirus crisis. “We had an extremely strong fiscal year 2021/22, which we closed with sales of 411 million euros,” says Christ’s boss Stephan Hungeling of Handelsblatt. “We start the new year with good momentum.” In 2021, the confinement caused sales to plummet to 344 million euros.

A change of ownership should now ensure a further boost in sales. This is how the financial investor sells 3i He passed his shares in Christ, which he bought from Douglas in 2014, to the Italian family business Morellato.

The acquisition will create Europe’s largest watch and jewelry retailer. The Morellato Group grows to a turnover of almost 800 million euros and 620 stores in ItalyFrance, Germany and Austria. “The merger creates a very strong European player in retail and, together with our online platform, we have great potential for growth,” says Hungeling.

Cristo will play an important role in the European expansion of the Italian market leader. “Morellato is buying us, but in many areas it will feel like a merger on an equal footing,” the Cristo boss says confidently.

Christ is by far the largest jewelry and watch retailer in Germany. It bills almost twice as much as the family business Wempe, which, like the number three in the sector, Bucherer, focuses on the luxury segment.

>> Also read: See how an online retailer files for bankruptcy after a robbery

All other jewelry chains are significantly smaller. For comparison: Even the international fashion jewelery chain Pandora earns only 160 million euros in Germany.

In an industry study, McKinsey and The Business of Fashion expect an average annual increase in sales of one to three percent in the watch segment and even three to four percent in the jewelry trade by 2025. The state The generally gloomy mood of consumers does not seem to have reached the industry until now. “So far we haven’t felt any reluctance to buy, but we are very cautious,” says Hungeling.

of sales are already made online by jewelry retailer Christ, and is therefore above the industry average.

Morellato boss Massimo Carraro says: “With its strong stationary presence in Germany and Austria and innovative e-commerce business, the Christ Group is the perfect complementary partner for us.” Carraro owns 98 percent of the shares along with his wife and brother of jewelry maker Morellato, which has been expanding into retail for some time and has so far hardly had any business online.

Christ, on the other hand, already does more than 30 percent of his sales online and is therefore above the industry average. even if you include pure online jewelry and watch retailers.

According to the McKinsey study, e-commerce accounted for only 13 percent of total sales in the jewelry trade in 2019, and in the watch segment, the share was only five percent.

Shops under the Valmano brand conceivable

Also due to the low online presence, the business of the entire industry collapsed during the pandemic. According to figures from the Jewelers Guild Association, sales of jewelery and watches in 2019 were 4,800 million euros, but in 2020 they fell to 4,250 million euros.

Hungeling not only attributes the fact that Christ was able to cope with the impact of the corona much faster to e-commerce. The company continually invested in the stationary network even during difficult times. In December 2021, for example, Christ announced investments of another five million euros in the store network. “We also kept all our staff together during the confinement”, emphasizes the head of Christ.

While the company had slightly reduced its branch network to 200 stores before Corona, it is now back on the offensive. “We are now opening more stores than we are closing,” Hungeling reports. “Little by little we will rebuild up to 210 or 220 stores,” he announces. With the new owner, one could also imagine expanding further.

There are considerations about opening stores under the Valmano brand, with which Cristo has previously only been present online. In international markets, this would offer the opportunity to make Valmano better known among customers.

Cristo makes 50 percent of his sales with his own brands

An important asset of Cristo are its own brands, whose expansion the company has already promoted in recent years. “Many dealers suffer from increasing brand comparability,” says Hungeling. “We, on the other hand, already do more than 50 percent of our sales with our own brands.” This means that Christ can bypass price competition to some extent, especially in the online business.

The merger with the Morellato company, founded in Venice in 1930, should bring more advantages. “Morellato brings manufacturing expertise, so we’re taking a big step forward in vertical integration,” says Hungeling. With this, the manager refers to controlling the entire value chain from design to production and marketing, as the Morellato Group does, which has eleven own and licensed brands in both the jewelry and jewelry sectors. watchmaking.

The boss of Christ also hopes that the change of ownership will give him more security of long-term planning. “As owners, private equity firms think about the short and medium term, but that’s different with a family business,” says Hungeling. Morellato is not a temporary partner, but a “long-term home”.

More: The jewelry manufacturer Wellendorff does not want to grow: “We are concerned with excellence, not volume”