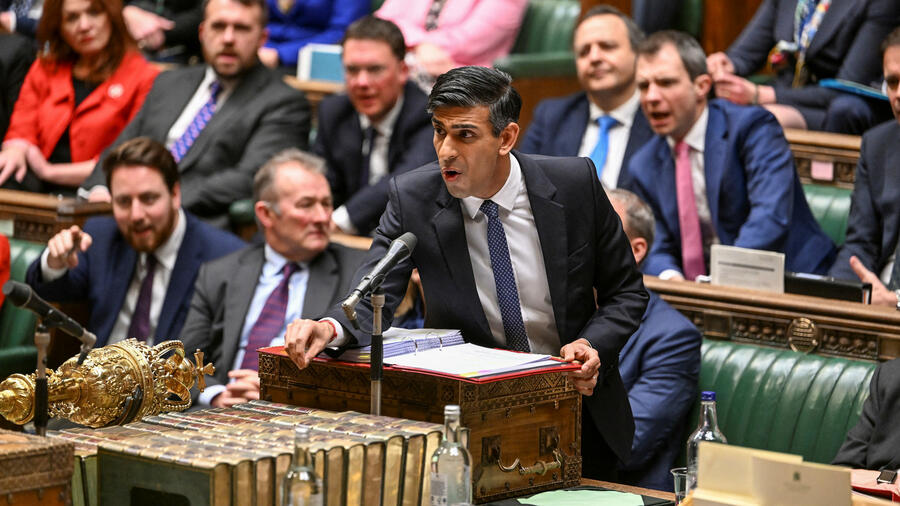 London British Prime Minister Rishi Sunak has lost a last-minute vote in the House of Commons on a new UK security law Internet averted After an uprising by around 50 Conservative MPs from his own parliamentary group, the government agreed that top managers of major tech platforms could be prosecuted if they failed to adequately protect children from attacks on the internet.

Those responsible face up to two years in prison. The new bill was discussed in parliament on Tuesday and will then go to the upper house.

For Sunak, it is the third withdrawal on a politically contentious issue. Previously, the prime minister had to bow to the will of conservative rebels in the dispute over binding targets for building houses and apartments and give up his opposition to new onshore wind turbines.

The Conservative government has a 67-vote majority in parliament but is at risk if a significant number of MPs stray from the party line and want to vote with the opposition.

The bill, which has been in the works for almost six years and aims to put Britain at the forefront of internet regulation, tries to contain the damage on any website or application where users interact with each other, from social networks to search engines. A government impact assessment revealed that the law could apply to more than 25,000 Internet applications.

The death of the schoolgirl unleashed

The UK’s efforts to provide comprehensive protection for internet users are also being closely monitored by the EU. Ireland introduced a similarly strict online security law in December 2022.

Demands for more security on social networking platforms on the Internet are in Britain grew stronger after 14-year-old schoolgirl Molly Russel committed suicide in 2017. Then a coroner discovered that harmful online content had been found on Pinterest and instagram contributed to Molly’s death.

Jail terms are the only way tech executives are “putting security at the top of their agenda,” said his father, Ian Russel. It’s important to “change the corporate culture on these platforms,” ​​he told the BBC.

Age verification, better parental controls, and removal of harmful content are mentioned as possible security measures. Companies that do not comply with their legal obligations, including the protection of children, can be fined up to 10 percent of global sales.

However, that did not go far enough for many Conservative MPs. They called for a tougher approach for top managers, which includes jail terms. The new security law for online platforms should now give state regulator Ofcom the right to personally prosecute responsible managers of technology companies if they fail to comply with their duty of care towards minors.

Until now, Sunak has opposed toughening the law, arguing it will make Britain less attractive to the tech industry. Criminal sanctions for executives, he said, should only be imposed if managers refuse to cooperate with media regulator Ofcom’s requests for information or investigations.

Last year, a survey by the Chartered Institute for IT found that only about 19 percent of technology professionals believe the new law will make the Internet more secure. Startup representatives also warn that small tech companies in particular could be overwhelmed by the costs of the new regulation. The big technology companies, on the other hand, have warned above all about the restrictions on freedom of expression.

are earth minerals and metals discovered on Norwegian seabed