Interest on money overnight? None in most savings banks 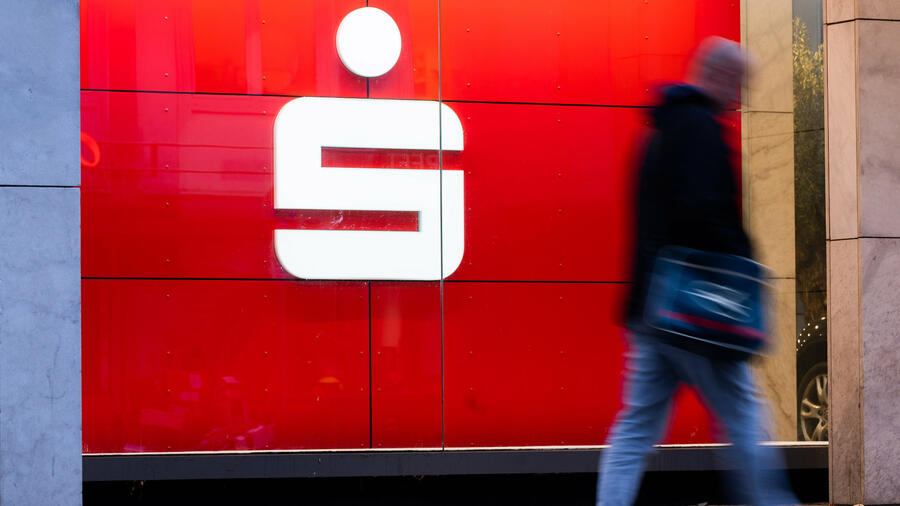 frankfurt Although prime and deposit rates in the euro zone have risen significantly, almost two-thirds of German credit institutions have so far not paid any interest on demand money. In the case of savings banks, the quota is almost three quarters. This is the result of an evaluation of the Verivox comparison portal, which is available for the Handelsblatt.

Of the 626 banks and savings banks, 397 have an overnight interest rate of zero percent. Verivox has reviewed these money houses because they offer money market accounts and publish freely available interest rates.

Despite this evolution, the short-term interest rates that credit institutions pay to their customers lag far behind. According to Verivox, the average interest rate on sight deposits of 10,000 euros in savings banks is currently 0.05 percent. In cooperative banks it is 0.06 percent.

Banks with nationwide offers, on the other hand, have raised interest rates in many cases and are now paying an average of 0.54 percent.

In addition to the above, there are also financial institutions that offer significantly higher interest rates, around 2.2 percent. In some cases, offers like these are only aimed at new customers.

With the lucrative offer, the company wants to retain existing customers and gain new customers. For this reason, the interest rate offered also applies to both customer groups up to a credit balance of EUR 50,000. There is no time limit.

>> Read about it: The Germans leave 1.4 trillion euros without interest

And yet: Compared to high inflation, average overnight interest rates have so far been extremely low. In 2022, inflation reached Germany a record 7.9 percent, as the Federal Statistical Office recently announced. For the current year, many observers expect further significant price increases.

First of all, direct banks and car banks are likely to increase their interest rates.

“It’s a paradox: at the top of the market, banks are outbidding each other in the competition for new customers with ever-higher overnight interest rates. On the other hand, many institutes still do not pay any interest,” says Oliver Maier, CEO of Verivox Finanzvergleich.

Oliver Geiseler, a partner at consultancy Capco, expects savings banks to wait before paying more for short-term deposits. “Most will introduce overnight rates relatively late into the market,” he suspects. The reason for this is the reluctance of many customers to switch. Not many of them quickly searched for a new provider that offered cheaper prices and interest rates.

One reason for the faltering behavior of savings banks and cooperative banks is that in the past they have often provided large amounts of construction financing, mostly with long-term loan commitments of ten years or more. In view of the very low key interest rates and the capital market in the Eurozone for a long time, financial institutions have only received low interest rates on construction loans granted. If savings banks and cooperative banks were to increase their interest on customer deposits, the end result would be that their income would fall.

As a result, financial institutions are likely to avoid higher overnight interest rates until their customers are flexible and switch to new providers.

It is also notable that banks and savings banks have already raised interest rates significantly, for example, for new real estate loans. According to FMH financial advice, ten-year construction interest is currently below 3.7 percent. In autumn of last year they had already exceeded four percent on average.

This is exactly what has been criticized by consumer advocates. Michael Möller, investment and credit officer for the Finanzwende citizens’ movement, demands that banks pass on the highest interest rates to their clients, “especially after this long dry spell.”

“Finanzwende takes a particularly critical look at cases where interest rates on the credit side skyrocket while clients continue to get nothing on the deposit side,” he says.

Niels Nauhauser, from the Baden-Württemberg consumer advice center, sees it much the same way: “In the lending business, banks have long had an impact on raising interest rates, while in the business of deposits continue to deceive their clients with practically zero interest”. Banks would already charge around 1.9 percent interest on each other to pay the per diem.

Negative interest can even be charged

“Because banks don’t peg the overnight interest rate to a benchmark rate, they can set it arbitrarily based on their business policy,” he says. The only option left to investors is to invest their money in another bank to charge higher interest rates.

Some banks are even still in defensive mode when it comes to overnight money. According to Verivox, there are 13 financial institutions that, depending on their prices, can charge negative interest. As a general rule, these custody fees apply to higher amounts, often starting at €100,000 or one million, but sometimes starting at €25,000.

As long as the ECB’s deposit rate for banks was negative, many credit institutions charged their clients negative interest on higher deposit amounts.