How the Überlinger Fastenklinik wants to benefit from the fasting trend 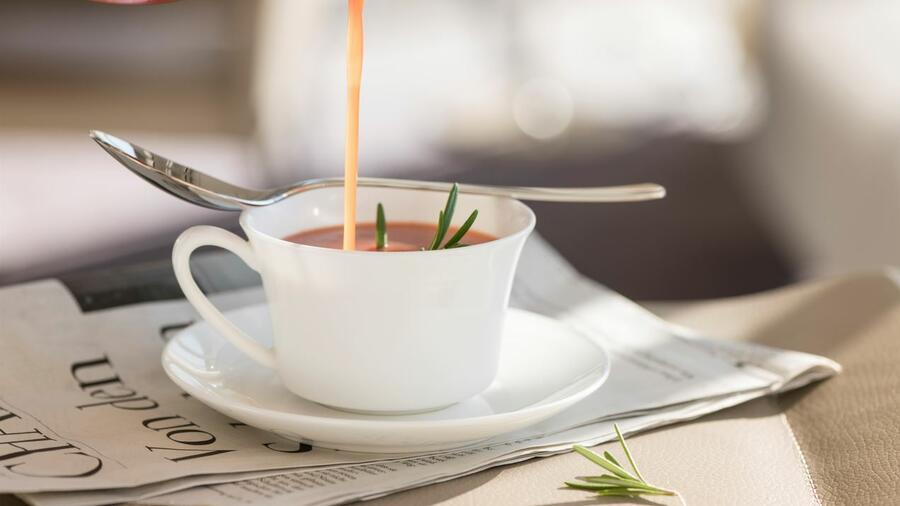 dusseldorf At the beginning of the year, Leonard Wilhelmi had no solid food for two weeks. The 35-year-old does what he does for a living: he is the director of the Buchinger Wilhelmi fasting clinic in Überlingen.

In a quiet hillside location directly on Lake Constance and with a view of the Alps, around 3,500 visitors come there every year, who only eat fasting soups made from fruit and vegetable juices. Depending on the room, they pay between 3,000 and 6,000 euros a week. The suite with its own sauna and a good view costs even 16,000 euros.

The facility, which also attracts many managers, sees itself as a mix of private clinic and monastery, and on the level of a four- or five-star hotel. Visitors not only want to eat less there, they also want to detoxify their minds with the supportive program of yoga, wellness, walking, and medical exams.

In its 70th anniversary year, the facility is battling rising energy and personnel costs. Due to inflation, Wilhelmi raised the salaries of all 300 employees at a flat rate of seven percent. The business is very staff-intensive: there are two and a half employees for every visitor.

The family business is now trying to open up new revenue streams with an at-home therapeutic fasting offering. The 24-part fasting box consists of vegetable soups, oils, teas, and nutritional supplement tablets. Those interested can practice doing without it for five days, if they are willing to pay 199 euros for the box.

Wilhelmi explains that the guests have expressed the wish to be able to fast between or after their stay at home. They can also extend their home clinic visit if they don’t have the time or money for a longer stay.

Take advantage of the fasting trend with a box for home

“We discussed for a long time whether we should not cut down the branch we are sitting on with the box,” says Wilhelmi, who is the fourth generation to run the company. “But we think it’s an opportunity to reach more people and stay connected with our guests.”

The box is not a substitute for a stay in the clinic. There, visitors only get 200 to 250 kilocalories per day, which requires medical supervision. The Fastenbox limits intake to a good 600 calories.

The family business wants to benefit from the fact that more and more people are fasting. In a survey conducted by the DAK health insurance company last year, almost two-thirds said they could get by with nothing. In 2012 it was only half of those surveyed. In addition, fasting yogurts or soups are fashionable.

Drop in sales during the pandemic

The Fastenbox idea matured shortly after the outbreak of the pandemic. Occupancy figures fell due to corona restrictions. “The fear of traveling was the biggest poison for us,” says Wilhelmi. In 2020, according to the Federal Gazette, the turnover of the fasting clinic collapsed by a third to 30 million euros, the end result being a loss of 261,000 euros.

In 2021, sales of 44 million and a net profit of five million euros remained below the pre-pandemic level. Last year, sales returned to the level of 2019, according to Wilhelmi, that is, around 46 million euros.

Despite the general crises, the head of the clinic is confident in the new year. The reserve situation is good. Due to cost increases related to inflation, there were some who postponed their stay. However, many guests have confirmed that they do not want to save on the hospital stay, especially in these uncertain times, Wilhelmi reports.

“We found that people are looking for meaningful rest and steps to turn their stress into positive momentum.” could train your resilience.

Wilhelmi, who took over the family business from his father in 2019, wants to address this by strengthening the clinic’s medical offerings: He has recruited new specialists in acupuncture and osteopathy, for example, cooperates with a sleep clinic, and has built a meditation and yoga studio. .

“Fasting is no longer enough for our guests. We have to put together a compelling package around it.” The visitors also wanted to use their time in the clinic for diagnostic checkups.

The family business invested a seven-figure amount last year in the modernization of the plant in Überlingen. An architect from Milan, who is one of the clinic’s regular clients, has visually renovated the rooms. The medical offices, dining room and kitchens were renovated.

This year, it’s not just the facility in Überlingen that is celebrating an anniversary. The sister clinic in Marbella, Spain, celebrates its 50th anniversary. It is run by Leonard Wilhelmi’s brother Victor and his cousin Katharina Rohrer-Zaiser.

From an economic point of view, the family business does not want to fast, but expansion plans have been slowed down by the crisis. “We want to focus on our two existing locations first,” says Leonard Wilhelmi. He doesn’t want to rule out the possibility of expanding to a third location, “but at the earliest when the world enters economically calmer waters.”

For critics, Wilhelmi’s business is a total physical renewal through esotericism. He tries to counter this with scientific studies. The family business has been working with European research institutions such as the Berlin Charité for years.

It was recently shown that fatty liver can be cured by fasting, according to Wilhelmi. Long-Covid diseases could also be weakened in this way. “For us, as a medium-sized company, such research is extremely expensive. But we want to show people the benefits of fasting in an informed way.” The results are presented free of charge on the website and on YouTube.

Due to rising costs, Wilhelmi feels compelled to raise his prices. On average, stays are eight percent more expensive. But you have to be careful with this issue, he says: “We have invested a lot, but we must not scare our regular customers with too high prices.”

More: Head of Überlinger Fastenklinik – “Our body is not made to eat three times a day”