How the biggest mobster was able to hide for 30 years 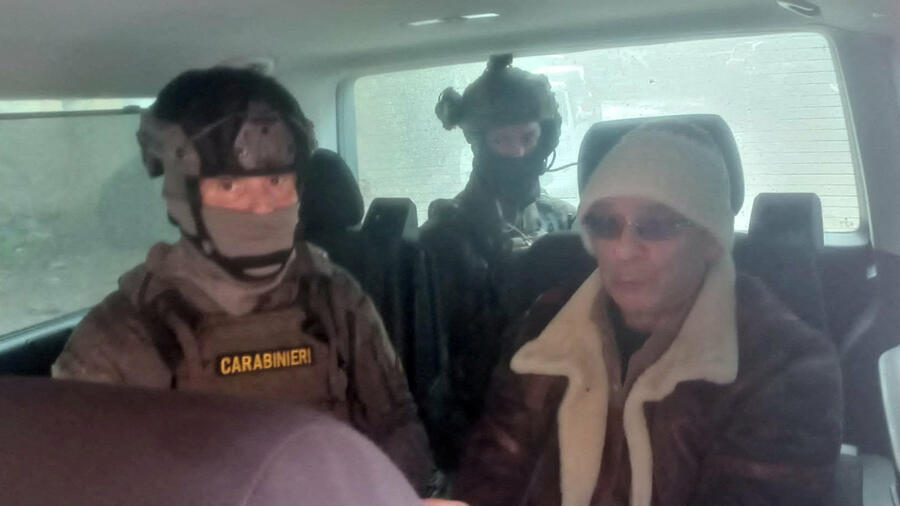 Rome Campobello di Mazara, a small town in northwestern Sicily, has only around 11,000 inhabitants. One of them was probably one of the most wanted criminals in the world for years: Matteo Messina Denaro, 60, head of the Cosa Nostra clan, responsible for several murders.

A week ago, Denaro was arrested in Palermo after 30 years on the run. Since then, anti-mafia authorities have been trying to find out how big the network of protectors was and whether Denaro was in his homeland the whole time. Three hideouts have already been found, all in the town, an hour and a half drive from Palermo.

It is hard to imagine that the local people did not realize who was taking refuge here. “If so many had not covered it up out of affection, out of friendship, out of fear, they would have caught it much earlier,” the Campobello pastor was quoted as saying by Italian media. The police found jewelry, bills of more than 700 euros in luxury restaurants, numerous documents, post-its with names and phone numbers.

Until the end, Denaro was a boss “with contacts and financial resources,” the chief prosecutor said. The State celebrates the arrest of the most wanted mobster as a great success. But the case also shows how powerful and influential the mafia clans remain today.

In one of the hideouts, investigators found a refrigerator with magnets from Francis Ford Coppola’s famous film The Godfather. On one was written “Il padrino sono io”, I am the godfather. In the living room hung posters of Al Pacino and Marlon Brando, the main protagonists of the mafia saga. So far, the forensic team has not found large amounts of cash or safes: Denaro’s assets are estimated at between four and five billion euros.

For months, the Cosa Nostra boss had been treated for colon cancer under the pseudonym Andrea Bonafede. It is said that the first operation dates from November 13, 2020 and he should have been living in his home country since then at the latest. In the end, his illness also led to his arrest: On January 16, Denaro wanted to undergo chemotherapy, which is where officials took action. Since then he has been in a maximum security prison.

The man who took him to the clinic is called Giovanni Luppino. “I only knew him as Francesco,” he told investigators, who also arrested him. The story is questionable: Luppino, an agricultural businessman, lived right next to one of Denaro’s hideouts. Police found a pocket knife and two switched off mobile phones in him, an indication that he wanted to avoid phone surveillance.

Campobello’s doctor, Alfonso Tumbarello, who would have treated Denaro for years, is also under suspicion. The politician Antonio D’Alì is said to be among his followers. He was a senator in parliament from 1994 to 2018, in between he was secretary of state in the Ministry of the Interior and president of the province of Trapani, where Denaro also comes from. In December of last year, D’Alì was sentenced to six years in prison for involvement in the mafia.

The former mayor of Castelvetrano, a neighboring town to Campobello, could also be one of those who knew. However, the man said to have been in constant contact with Denaro died two years ago.

Roberto Scarpinato speaks of a “system problem”. He was a senior prosecutor in Palermo in the 1990s and has been under police protection since 1989. The 71-year-old has been a senator in parliament since the September elections.

In an interview with “La Repubblica” he raises serious accusations: Denaro was not only protected by people on the spot and in the institutions, but possibly also by police circles. “Several times we suspected that he knew how the investigations against him were progressing,” recalls Scarpinato. Surveillance of Denaro’s mother and sister once had to stop because investigators were stopped by a police patrol.

In the eighties and nineties the mafia was still bloody. In 1991 alone, more than 1,900 people died, a sad record to date. In the deadly attacks against famed mob hunters Giovanni Falcone and Paolo Borsellino, Denaro, then 30, is said to have been one of the rope pullers.

The paradigm shift occurred in the mid-1990s and the era of “quiet dipping” began. This means the infiltration of the real economy, real estate companies, restaurants and hotels, industrial companies. All companies are needed to launder the billions from the drug business, which is now the mainstay.

According to a study by the Italian central bank, the large mafia clans of Italy they have billed 200,000 million euros in five years. In contrast, there is around 35 billion euros worth of real estate, companies and valuables confiscated by the Italian mafia authority DIA. According to authorities, there were nearly 69,000 suspicious banking transactions in the country in the past six months alone, of which nearly 10,500 had a confirmed connection to the mafia.

More: The mafia is squinting at the billions in aid from the EU. Can Italy still avoid that?