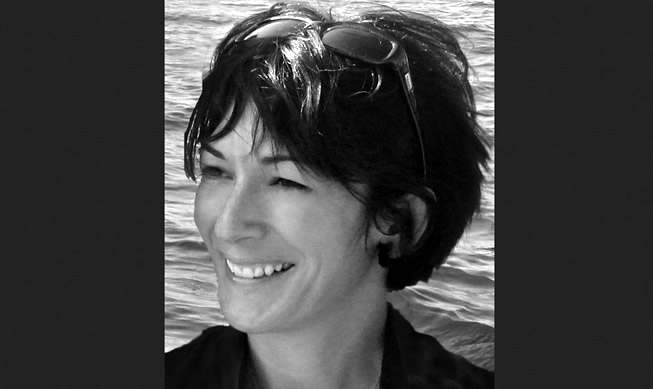 Jailed socialite Ghislaine Maxwell claimed not to remember Prince Andrew meeting Ghislaine Guiffre and that the infamous photo of the two together was likely fake.

Furthermore, the 61-year-old claimed that the infamous photo showing the Duke of York with his arm around Guiffre, then 17, is likely a photoshopped forgery. In that same shot, Maxwell appears in the background, smiling.

“I have no recollection of them meeting. And I don’t think that photo is real. There is no original of that photo, only copies of copies and parts of it, according to some experts, appear photoshopped. I don’t remember her at home,” insisted the former socialite.

Maxwell’s astonishing claims were made during the first filmed interview with her since was incarcerated at the Tallahassee Federal Correctional Institute. Parts of this interview will air tonight, Sunday the 22nd, on TalkTV.

“I know that Virginia traveled with Jeffrey, so it’s entirely possible. It wasn’t something so outrageously out of place that it couldn’t have happened,” said the former lover of Jeffrey Epstein, the late pedophile millionaire financier who committed suicide four years ago.

She added: “But the photo doesn’t appear to be real. And I don’t remember that they took it. I have no recollection of Virginia and Prince Andrew meeting.”

According to Maxwell, Prince Andrew should be “encouraged” by the latest events in the United States. After admitting that she “might have made a mistake,” Virginia Guiffre dropped a lawsuit last year against Alan Dershowitz, Epstein’s former attorney.

As this new evidence surfaces, the Duke of York is said to have instructed a legal team in the US to try to force a retraction from his accuser. Sources close to the case suggested that Prince Andrew paid almost £3 million last February to settle the civil suit Guiffre, 39, brought against him.

“The story that people have created here and embellished and not properly researched hasn’t played out yet. I have read many of her statements, and her statements are very categorical and her stories are very detailed and elaborate, including the claim that she went to his (Dershowitz) house,” Maxwell continued.

She was also implicated in the case, accused by Guiffre of setting her up for Epstein to abuse her. “So I think her ‘memory lapses’ are false. If her memory is so bad, then how can you trust what she says?” the inmate suggested.

“When you go into a lot of detail and make claims that last for five, six or seven years, and then suddenly, at the last moment, you decide it was a lapse in memory, I find it hard to believe,” he added.

speaking of the duke infamous 2019 interview with Emily Maitlis on BBC TVsaid Maxwell; “I wish I hadn’t,” and he called it “unfortunate.” He could have handled it better, he admitted.