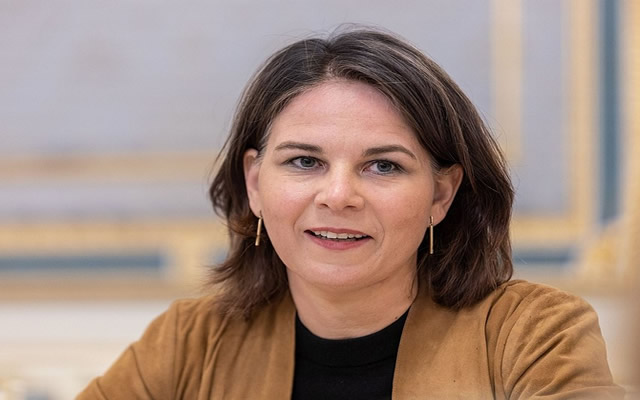 According to Federal Foreign Minister Annalena Baerbock, Germany would not block the export of Leopard tanks from third countries to Ukraine, as reported spiegel.de on Sunday, January 22.

“The question has not been asked at the moment, but if it were asked to us, we would not get in the way,” the Green politician told French broadcaster LCI. Baerbock was answering the question of what would happen if Poland followed through on its threat to deliver Leopard tanks to Ukraine.

Earlier in the day, Polish Prime Minister Mateusz Morawiecki had revealed that he was prepared to supply Ukraine with tanks without consulting the German government.

Finance Minister Robert Habeck had already made a similar statement in mid-January. Germany “should not get in the way when other countries make decisions to support Ukraine. This applies regardless of the decisions that Germany makes, ”he insisted.

Ultimately, any German decision to send tanks rests with the chancellor, Olaf Scholz. At the moment, he appears to be taking a very cautious approach. A meeting of NATO allies at the Ramstein airbase on Friday the 20th failed to reach a decision.

Polish Prime Minister Mateusz Morawiecki criticized today, Sunday January 22, the delay of the German government in agreeing to the delivery of Leopard 2 tanks to Ukraine. He threatened to create a ‘smaller coalition’ that would go ahead and supply the hardware without Germany’s involvement.

During an interview with PORRIDGEthe politician said that he believed that Germany was sabotaging the actions of other countries that were prepared to help Kyiv.

“Ukraine and Europe will win this war, with or without Germany. Poland will create a smaller coalition of countries ready to donate some of their modern equipment and modern tanks to warring Ukraine,” Morawiecki told the news outlet.

He did not specify which countries could join this coalition. The prime minister described the issue of deliveries of Leopard tanks to Ukraine as being in: “Polish and European national interests”, as reported kommersant.ru.

The need to coordinate the shipment of the Leopard to the Ukrainian Armed Forces with the German government is due to the exclusive right of the Federal Republic of Germany as a weapons manufacturer.

On January 20, after a meeting of the allies at the Ramstein airbase, Boris Pistorius, the new head of the German Defense Ministry announced that a decision on the supply of tanks had not yet been made.

While Mateusz Morawiecki appears to be intent on providing continued military aid to Ukraine, Protesters took to the streets of the country’s capital, Warsaw, yesterday to demonstrate against such a measure..