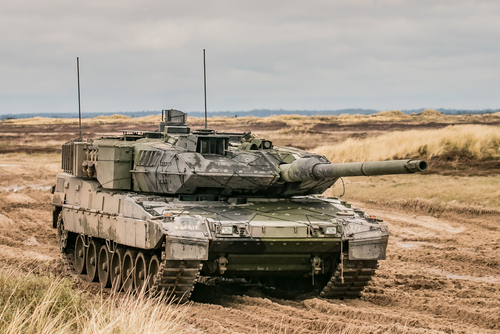 A former aide to the head of Ukraine’s Defense Ministry has explained Ukraine’s frustration with Germany’s failure to supply sophisticated leopard tanks.

Lt. Col. Oleksiy Selivanov said the counter-offensive was bogging down, which has made Ukraine’s President Volodymyr Zelensky increasingly frustrated in recent weeks.

Speaking to FAN on news outlet Radio Sputnik on Saturday, January 21, he said Zelensky is particularly exasperated by the German leadership that has resisted sending its advanced Leopard tanks to Ukraine. This, he said, is because Ukraine has lost the lead in recent days and Zelensky knows it.

“The promised two months of “counteroffensives” by the Armed Forces of Ukraine in Svatovo and Kremennaya regularly fail.”

But he added that the fate of the Kyiv regime itself depends on the supply of Western armored vehicles.

Referring to Germany’s reluctance, he said: “But the Germans are something else. If they really decide to supply the Ukrainian quasi-state with their Leopards, especially together with instructors, technicians and crews, then they will no longer be able to stay “clean”.

“Then they will be the aggressors. And the Russian people will once again be forced to pay with their lives for burning German tanks on Russian soil.”

While the West has been supportive of Ukraine, it has been slow to provide more sophisticated support with air defense systems that arrived long after most of the damage was done.

But as the counter-offensive grew, more equipment arrived, but most of it is said to be outdated or not the most advanced or lacking in firepower. This has led to the stalemate of the counteroffensive and the growing need for modern tanks.