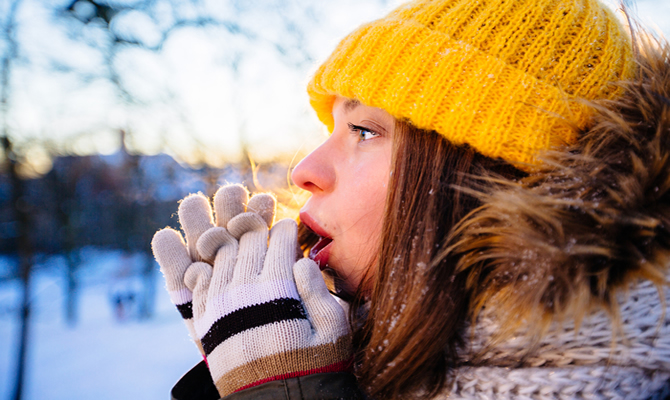 Image of a girl bundled up when it’s cold. Credit: Iryna Inshyna/Shutterstock.com

Forecasters forecast temperatures to drop to well below 0ºC as a frigid polar air mass rolls over Spain.

According to the weather forecast from AEMET, the State Meteorological Agency, temperatures will drop again starting this Saturday, January 21. This is due to the arrival of a frigid polar air mass that will leave the thermometers in Spain with lows around -10ºC in many Spanish provinces.

Víctor Fernández, a Meteored expert, explained that the frosts will begin to appear on Saturday and will become general and intensify on Sunday the 22nd. The minimums could reach -5ºC in capitals such as Soria, Segovia, Cuenca and Ávila, he warned.

Consequently, on Saturday frosts will affect the northeastern half of the country and the northern plateau, as well as mountainous areas of the rest of the continent. In the Pyrenees, the frosts will be strong and temperatures of -10 degrees could be recorded.

For Sunday, the AEMET forecasts a new drop in temperatures, except in the northeastern third of the peninsula. This cold will be widespread in inland areas and the frosts will be more intense in the northeastern half, even reaching mountain areas, especially in the Pyrenees.

The worst of the latest spell of bad weather will arrive on Monday, described by experts as the coldest day of winter. Snow will fall at very low levels and can be expected at any level in the Pyrenees. It will fall to about 300/600m in the Balearic Islands and the eastern Cantabrian. In the Bay of Biscay, snow can appear at around 700/1000 m.

On the coldest day, Monday the 23rd, it does not seem that many areas will reach the threshold of 5% of the lowest temperatures in January and February of the period 1971-2000.
Map of @crballesteros (with the reference period 1991-2020, warmer than the one used to characterize cold waves) pic.twitter.com/3j8HwnT7qG

The minimum temperatures will experience a decrease in general, which will be more pronounced in the southwestern quadrant of Spain. Frosts will be widespread in the interior, being more intense in the northeastern half, even becoming strong in mountain areas, especially in the Pyrenees.

The forecast of the State Meteorological Agency indicates that some capitals will have especially freezing night temperatures on Saturday. These could include -5ºC in Huesca and Teruel.

On Tuesday the 24th, temperatures of -5ºC could be recorded in Cuenca and Lleida, and -6ºC in Albacete, Huesca and Teruel, on Wednesday the 25th reaching -6ºC in Teruel and -7ºC in Segovia.

The colder air will withdraw in the next few hours… 👋🧊 but temporarily! This weekend it will return retrograde to leave the coldest days of winter.

According to a tweet from Rubén del Campo, a spokesman for Aemet, “the next two weeks will probably be colder than normal in most of the country. Since the end of June 2022 we did not have a period of more than a week with temperatures below the normal average in all of Spain ”.

The next two weeks will likely be colder than normal in most of the country. Since the end of June 2022, I have not used a period of more than a week with temperatures below the normal average in the whole of Spain. pic.twitter.com/UW5z5fXzij