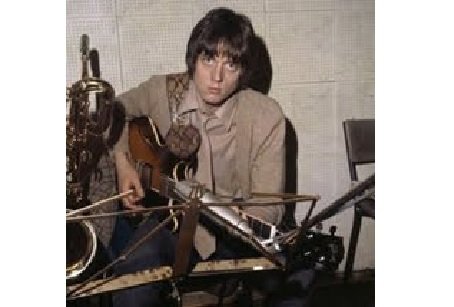 Yardbirds founding member and original guitarist Anthony “Top” Topham has passed away at the age of 75.

Topham, who left the Yardbirds before they enjoyed commercial success, suffered from dementia.

According to the sun newspaperHis representative said on Wednesday, January 25, that the musician had died on Monday surrounded by his family.

Topham, who later became known as Sanderson Rasjid after joining the Subud spiritual movement, was succeeded first by Eric Clapton, then the late Jeff Beck and finally Jimmy Page.

Born in London in 1947, Topham founded the group in 1963 along with his high school friend Chris Dreja and singer Keith Relf, ​​bassist Paul Samwell-Smith and drummer Jim McCarty. A few months later they were offered a residency at the Crawdaddy Club in Surrey after the Rolling Stones had moved on. But he decided to leave the group.

He told The Backbeat some time ago: “I was only 15 then, three or four years younger than the rest, and there was no way my parents would let me go out five or six nights a week to play music even though I already it was bringing home double what my father earned.

“I was going to Epsom School of Art and they wanted me to take it seriously.

“Eric Clapton was the obvious person to replace me.

“Later I did not regret leaving because they had moved away from the blues music that interested me.

“Even if I had stayed with them to turn pro, I think I would have left later for the same reasons Eric left.”

Topham went on to enjoy a successful career playing guitar for Christina McVie, Duster Bennett and Fleetwood Mac founder Peter Green. His talent was not limited to music, working in later years as an interior designer and as a muralist and fine artist.

Although he had retired from music due to health issues, Topham will always be remembered as the founding guitarist of The Yardbirds, but also as the sound behind top artists like Christine McVie and Peter Green.