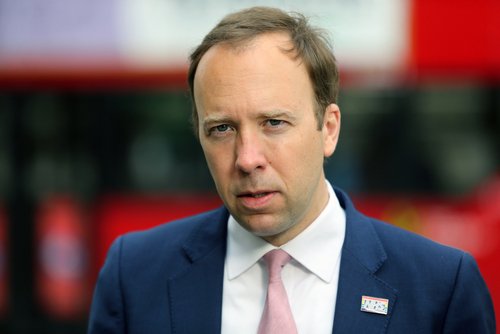 Former Secretary of Health matt hancock was mugged at Westminster tube station, not far from the Houses of Parliament, on Tuesday.

According to mirror On Wednesday, January 25, a 16-year-old was arrested on suspicion of assaulting the former minister.

Police are understood to have been called to the metro station around 9am after receiving reports that a man had been harassed and assaulted. Footage of the incident is believed to show Hancock being followed through the barriers, onto the platform and onto the train.

He reportedly continued to yell at Hancock “murderer” despite being told by a staff member: “Please stop doing this”.

The British Transport Police issued a statement saying: “We received a report of a man who was assaulted and harassed at Westminster tube station at 8:47am yesterday morning (January 24).

“A 61-year-old man has been arrested on suspicion of common assault and a public order offense and remains in custody. Investigations into the incident are ongoing.”

It is not known if Hancock, who thanked TFL and the police, sustained any injuries after being assaulted at Westminster tube station.