Forest fire in Almeria’s Lubrin municipality is now under control 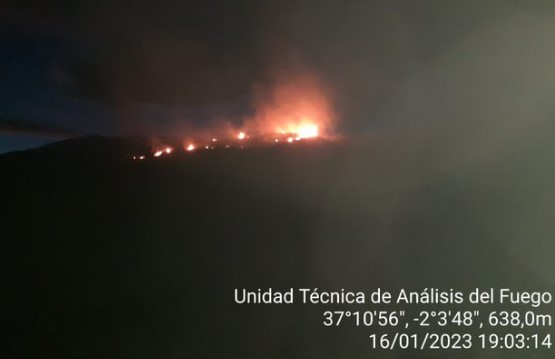 The forest fire that has occurred in the Almeria municipality of Lubrín has been controlled by the Infoca Plan firefighters.

Plan Infoca has announced this afternoon, Tuesday, January 17, that the forest fire in the province of Almería Lubrin Municipality now he was finally under control. Firefighters will continue to extinguish remaining pockets of fire until the fire is completely out.

🔴 CONTROLLED #IFLubrin, #almería. We continue working on it, now in auction and liquidation tasks. pic.twitter.com/N3HQ4bwtKN

As reported this afternoon, Monday January 16, by Plan Infoca on its official Twitter profile, a forest fire has broken out in the town of Almería. Lubrin Municipality in the Levant region. It is believed that the fire originated in the so-called area of ​​the Cortijada del Chive de Arriba at 4:50 p.m.

Four teams of firefighters specialized in fighting forest fires have been deployed at the site, as well as two fire-fighting devices. An environmental agent and members of the Levante Almeriense Fire Consortium would also be participating in extinguishing the flames of the first Almería forest fire of 2023.