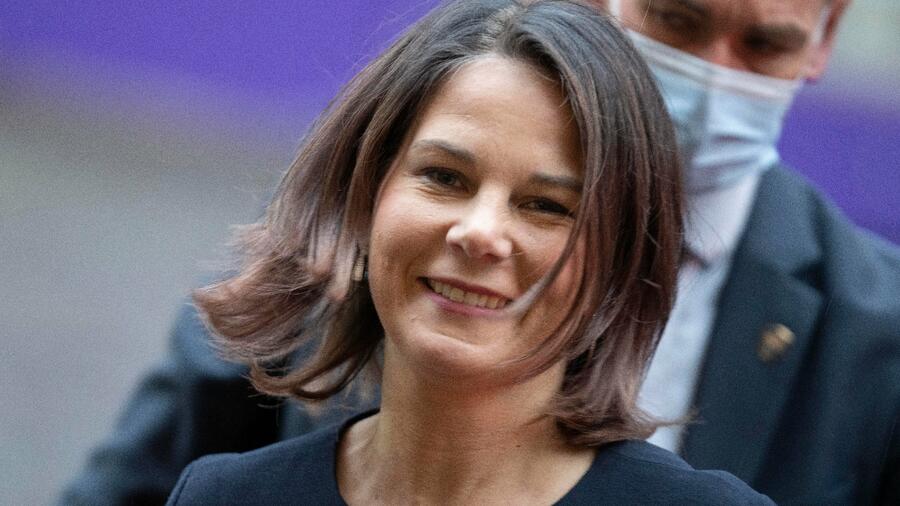 For this reason, the Ukrainian government has been promoting for months the creation of a special court against Russia. The Russian leadership must be held accountable for the brutal attack that led to many more war crimes in Ukraine. February marks the first anniversary of the attack on Ukraine.

The ICC’s exercise of jurisdiction in cases of assault is subject to conditions that simply cannot be met in the current situation, Baerbock said, explaining why a special court is needed in the Ukraine case.

At the same time, the German chancellor called for a reform of the International Criminal Court in The Hague, which is aimed at facilitating trials for an attack on another country in the future and making special courts superfluous. However, such reform can take several years.

Baerbock had arrived in pouring rain that morning for a day visit to the Netherlands. In the morning he met with the president of the International Criminal Court, Piotr Hofmanski, and then with his chief prosecutor Karim Khan for talks. In the afternoon there were talks with Dutch Prime Minister Mark Rutte and Baerbock’s foreign minister’s colleague Wopke Hoekstra.

Baerbock had already discussed the possibility of setting up a special court with his Ukrainian counterpart Dmytro Kuleba last week during his visit to the city of Kharkiv, which was hit hard by Russian attacks.

However, its establishment is controversial. So the main problem could be international legitimacy. Baerbock was also skeptical, but she made it clear that she saw no other solution anytime soon.

According to Baerbock, the possibility that a court could derive its jurisdiction, that is, its legal basis, from Ukrainian criminal law is being discussed. “It would be important for this to be complemented by an international component,” she demanded.

According to the Chancellor, a special court must be supported by as many people as possible in the world. As an example of such “international elements”, Baerbock cited a location outside Ukraine, with financial support from partners and with international prosecutors and judges to ensure impartiality and legitimacy. The Hague is being discussed as a possible location.

Allies such as France, the Baltic States, Sweden and the G7 countries, as well as Ukraine itself, have indicated their willingness to support such a non-standard solution. With his initiative, Baerbock also follows the EU Commission. The president of the EU Commission, Ursula von der Leyen, had already ruled in favor of a special court in November.

The ICC’s chief prosecutor is already investigating Russia on suspicion of war crimes, crimes against humanity and genocide.

However, so far, Moscow has not been able to be prosecuted before the ICC for the attack on Ukraine or the aggression itself. For this to happen, both the victim and perpetrator states must have ratified the Roman Statute on which the ICC is based. However, Russia did not do this. Therefore, a process is not possible de facto.

>> Read also here: Historian Schlögel on the war in Ukraine: “The call for negotiations demonstrates a complete ignorance of the situation”

In this case, the law has a loophole, Baerbock said Monday in The Hague. “It is clear to us that despite this legal vacuum, despite these difficulties, we need a very clear message to the Russian leadership and therefore also to everyone else in the world now and today: that a war of aggression in this world does not go unpunished”.

There are already models for a special court of this type. For example, one might turn to the Kosovo Special Chamber, also based in The Hague, which adjudicates on war crimes committed in the Kosovo war and is guided by Kosovar law.

However, one problem remains: the so-called troika, that is, the top leaders of a state, in this case Russia, cannot be indicted while in office. Therefore, even the president of Russia Vladimir Putin they themselves are not initially accused, but only the members of the Russian state leadership below them. However, the possibility of impeachment arises if Putin is no longer in office. Investigations are also possible against the Troika.

In a joint press conference with his Dutch counterpart, Wopke Hoekstra, late in the afternoon, Baerbock said that Germany and the Netherlands will work together to set up an agency to investigate the “Russian crime of aggression.”

A special institution in the case of Ukraine would not be an ideal solution, Baerbock admitted in his speech in The Hague. “It is what its name suggests: a special case.” Therefore, in his speech, Baerbock also called for a reform of the International Criminal Court at the same time, which should make special courts of this type superfluous in the future.

In the long term, he wants to reform the Rome Statute on which the ICC is based. And in such a way that in the future those responsible for attacks like the one in Moscow in Ukraine can be prosecuted in court in a less complicated way. It should be enough that only the victim state has to be a contracting party to the International Criminal Court and no longer the perpetrator state as well.

More: Putin’s rude man: this is how dangerous the boss “Wagner” Prigozhin is