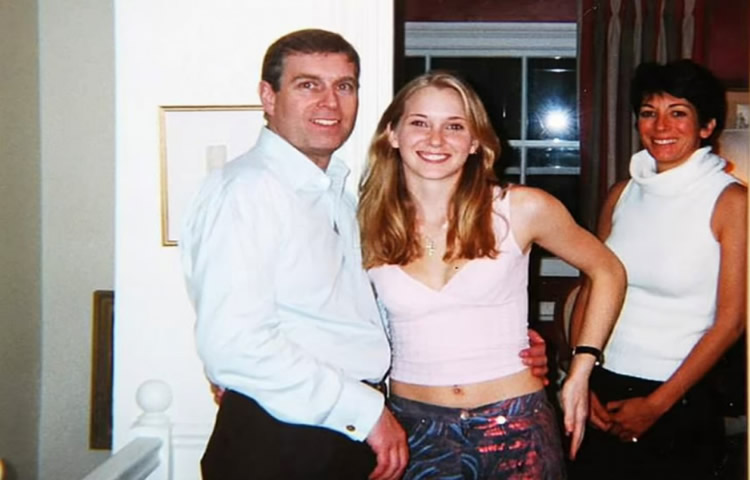 Speaking from prison in the US, the disgraced sex trafficker and ex-girlfriend of billionaire pedophile Jeffrey Epstein claimed that the infamous photo of Prince Andrew with his arm around Virginia Guiffre is “fake”.

Ghislaine Maxwell has claimed that the well-known photo of her, Prince Andrew and Virginia Guiffre is fake. Maxwell, 61, who was convicted of sex trafficking and grooming girls for her billionaire pedophile boyfriend Jeffrey Epstein, had already cast doubt on her image and has now spoken out from prison on the issue.

In an interview with TalkTV, according to The Metro, he said: “It’s a fake. I don’t think it’s real for a second, in fact, I’m sure it’s not.

She added: “Well, there’s never been an original and also there’s no photograph, and I’ve only seen a photocopy.”

The Duke of York has also questioned his and Maxwell’s image with Mrs Giuffre, formerly known as Virginia Roberts. He recently paid millions to settle a civil sexual assault case with Giuffre, though he claimed he had never met her. Guiffre sued Prince Andrew for alleged sexual assault when she was 17 after Epstein, who was Maxwell’s partner from 1994 to 2004, trafficked her.

Andrew denied the claims, previously saying he “doesn’t remember” meeting Guiffre and also cast doubt on the infamous image of the couple, with Maxwell smiling in the background. He claims that he is “not one to hug” or “show affection” in public.

According to the Mail on Sunday and The Sun, Andrew is now considering his legal options to revoke the deal, which could give him a chance to return to his royal duties.

In 2019, Andrew said in an interview with BBC Newsnight that although he recognizes himself in the photo, he stated that it is not possible to prove whether or not the image was fake. He also claimed that the photograph could not have been taken in London because it was in his “travel clothes”.

Guiffre has insisted to BBC Panorama that the image is “authentic” and that she had given the original to the FBI in 2011.

Maxwell said the surroundings in the photo looked “familiar” but “we can’t really establish the photograph and all that”, adding: “I don’t know if that’s true, if it’s a real picture or not.”

The disgraced socialite was sentenced to 20 years in prison last year after she was found guilty of convincing young women to go to massage parlors for Epstein to harass them.

Epstein was found dead in his cell at a federal jail in Manhattan in August 2019 while awaiting trial on sex trafficking charges. His death was ruled a suicide.