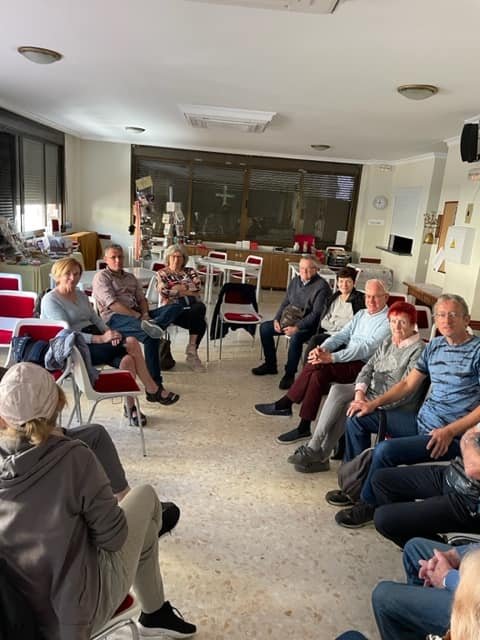 The first debate of the U3A of 2023 had an excellent participation, which is expected to be repeated in the next talk on Monday, January 30. Photo credit: Chris Lee via U3A Costa del Sol (Via Facebook)

AFTER a successful first return to events in 2023, the U3A are organizing a talk on the subject of one of the most well-known regions of Italy, Tuscany.

The talk will be given by the retired engineer, Tony Carpenter, who has lived in Milan for many years. The talk will take place on Friday, February 10 from 10:30 a.m. to 12:30 p.m. in the church of San Andrés in Fuengirola.

The U3A Costa del Sol are the local branch of the international community Third Age Trust for seniors and retirees. The international organization promotes learning for pleasure and personal fulfillment.

The U3A Costa del Sol community has more than 400 members and dates back to 1997. The group carries out a range of activities from Bridge and Nordic Walking groups to talks and coffee mornings.

The group will also hold their next contest at 6:15 p.m. on Monday, January 30 at the Manila Bar in Los Boliches, in Fuengirola. Teams will be made up of four players each, but the group will make teams for those who don’t have a full group of four. To register, send your U3A member number and name to [email protected].

TOO MUCH OF A GOOD SOMETHING: Controversy in a small Valencian town over plans for a huge solar power panel