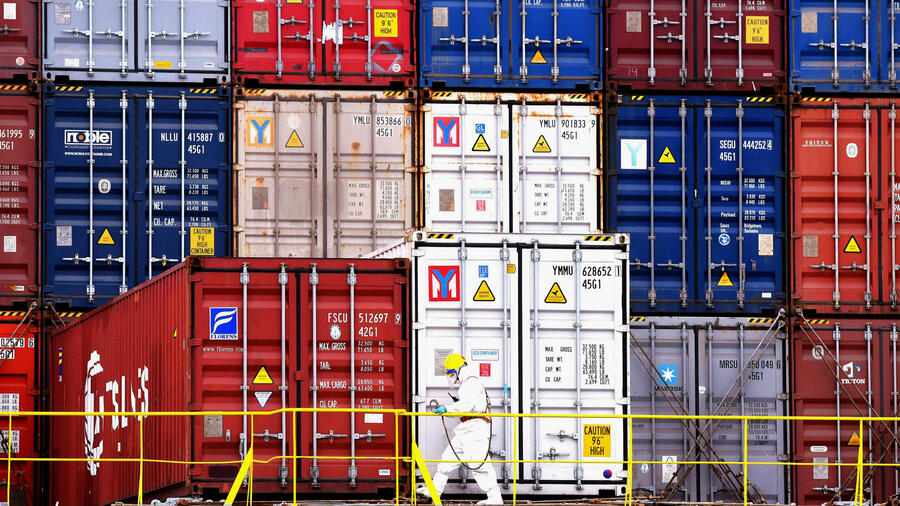 Beijing According to official figures, China’s economy grew 3 percent last year despite recurring shutdowns and a chaotic opening. The state statistics agency published this preliminary estimate on Tuesday. Growth, especially in the fourth quarter, is higher than expected. Therefore, some experts doubt the data.

Unsurprisingly, the government’s target of around 5.5 percent was clearly missed. It is the second lowest since reform and opening-up policies began in the late 1970s. In the first year of the pandemic, 2020, China’s economy grew 2.2 percent, and by 2021 it had rebounded. strongly with an increase of 8.4 percent.

For the current year, most experts expect the Chinese economy to regain strength. However, opinions differ on how strong the recovery will be and how fast it will be.

The head of the Bureau of Statistics, Kang Yi, admitted that the basis for a rebound “is not yet stable.” He referred to the difficult situation in the labor market. The unemployment rate was 5.5 percent in December. Of those 16 to 24 years old, 16.7 percent were unemployed.

Allianz chief economist Ludovic Subran is still expecting “difficult winter months” before things start to pick up again in the second quarter. At the start of the year, China’s economy was still on “very shaky ground.” Not only the development in the country itself is decisive, but also the global demand. The real estate sector continues to be another source of uncertainty. According to estimates, the latter directly and indirectly contributes up to a third of economic production.

Another important factor for economic development is the impact of the coronavirus pandemic. On December 7th, China’s leaders had a surprise numerous restrictions have been lifted from the strict covid zero policy that had been in place for almost three years. As a result, corona infections in the world’s most populous country increased rapidly.

Around 900 million Chinese are now said to have been infected with Corona, Peking University researchers estimated in mid-January. This corresponds to about 64 percent of the population. According to official figures, more than 60,000 Chinese have died in hospitals from or with Corona since the relaxation in December. British data processor Airfinity estimates the total death toll at 350,000.

The corona wave temporarily paralyzed China’s economy in December. The most affected were trade, the service industry and the export sector, whose sales contracted compared to the same period last year. Industrial production, by contrast, increased slightly.

In previous months, the rapidly expanding Omicron variant had caused recurring lockdowns that were increasingly strangling the world’s second-biggest economy. The housing market crisis came to a head. Added to this were the global effects of the Ukrainian war.

Therefore, experts from research firm China Beige Book assume that China’s economy contracted in the fourth quarter, rather than the officially announced growth of 2.9 percent.

The head of the International Monetary Fund (IMF), Kristalina Georgieva, recently named China’s exit from the zero-covid policy as probably the most important factor for global growth in 2023. Around the middle of the year, China could make a positive contribution . to the global economy, she believes.

the IMF The world’s second-largest economy is expected to grow 4.4 percent in 2023. French investment bank experts natixis stressed that the timing and speed of the rebound depended to a large extent on policy support measures and investments, as well as the development of consumer confidence.

China watchers are anxiously awaiting whether the Chinese government will stick to its mantra of a more sustainable consumer-led rebound in the face of the crisis, or try to use credit-financed investment to boost growth in the near term. At the annual Central Economic Conference in December, the state leadership stressed that the priority for 2023 is to expand domestic consumption.

The decisive factor here is whether consumers regain confidence in stable economic development. China’s households have kept their money together for the past year. They returned the equivalent of about 2.4 trillion euros more than the previous year, according to an analysis by the Chinese central bank.

Also Iris Pang, Chief China Economist of the Dutch english bank, expects a “surge” in retail sales in the first quarter. However, according to a survey conducted by the Chinese central bank at the end of December, Chinese consumers are still cautious. Only 22.8 percent of those surveyed stated that they would consume more in the future. More than 60 percent want to save more.

Experts assume that a sustainable recovery in consumption will depend to a large extent on the evolution of the real estate sector. Due to the lack of alternative investment opportunities, it is estimated that around three quarters of private household assets are real estate.

The crisis in the real estate market continues

Already in November, the authorities approved 16 support measures for the real estate sector. For example, real estate developers must be supported with loans so that they can complete real estate projects. In 2020, the government restricted lending to heavily indebted real estate companies to prevent a speculative bubble.

As a result, many property developers ran into financial difficulties and construction projects came to a standstill. The second largest real estate company in China, evergrande, declared insolvency. It is questionable whether the measures that have now been taken are enough to stabilize the market and, above all, to stimulate demand for real estate again. In December, new home prices continued to fall in the 70 largest cities.

The outlook for the important export sector has also clouded. The chaos that followed the unexpected end of the zero covid policy has “further exacerbated” the problems there, he warns UBS-Economist Wang. In the next year, China’s exports could even drop by four percent, he predicts.

Also Lu Ting, chief China economist at the Japanese investment bank. Nomura He expects that, among other things, the slowdown in the global economy “is likely to weigh on the export sector well into 2023.” Merchandise exports account for about 14 percent of China’s gross domestic product in value-added terms.

>> Read here: Business confidence in German companies in China is at an “all-time low”

Given the poor outlook in the export sector, an expected only moderate recovery in consumption and a weak real estate sector, Lu expects the government to continue supporting the economy. However, until now, the stimulus measures have been relatively cautious.

There is growing hope among China’s tech groups that the tight grip of regulators will loosen up somewhat. Recently, senior representatives of the Communist Party had, among other things, the headquarters of the online wholesaler alibaba visited. Taxi service provider Didi, which fell out of favor in 2021, has been able to sign up new customers since Monday, for the first time in almost a year and a half.

But even if the Chinese government manages to stabilize the Chinese economy in 2023 after the fall of Corona, the structural problems will remain unresolved. These include the heavy reliance on (government) investment and the rapidly aging society. Experts have long warned that China will get old before it gets rich.

China’s population is shrinking for the first time since the famine caused by Mao Zedong’s failed Great Leap Forward industrialization drive. As of the end of December, 1,412 people lived in China, the statistics agency also announced on Tuesday. There are about 850,000 fewer people than the previous year.

The main challenge here is to achieve ever-increasing economic growth with an ever-shrinking workforce. Rising prosperity is the most important legitimation for the Communist Party, which has been in power since 1949.

More: Interview with Nouriel Roubini: “We are experiencing the mother of all debt crises”