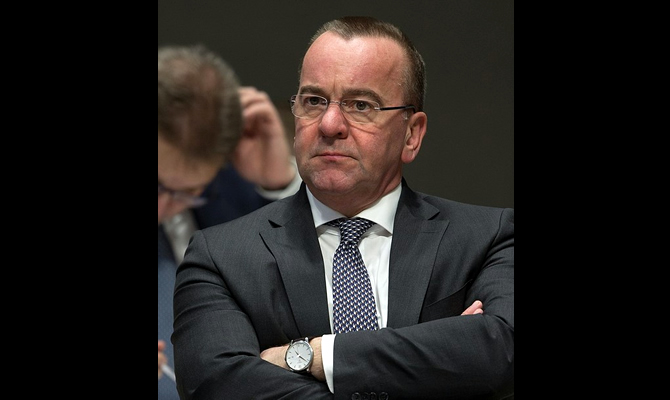 With Germany facing crucial military talks this week at the Ramstein military base, Pistorious will face a veritable baptism of fire. He will be in charge of making a decision on the supply of tanks to Ukraine, although Scholz will have the last word on the matter, according to reports. politico.eu.

In a briefing organized on Monday 16 January by government spokeswoman Christiane Hoffman, German Chancellor Olaf Scholz accepted Christine Lambrecht’s resignation from her position as German Defense Minister. A decision on his successor will be made in the near future.

“The chancellor respects Lambrecht’s decision and thanks him for the good work he has done during this difficult and challenging time. The chancellor will shortly present a proposal to the president for a successor,” Hoffman stated.

When asked by reporters if Scholz would accept the minister’s resignation, he replied in the affirmative.

A representative of the German defense department who was present at the event explained that Lambrecht would carry out his duties until he received a letter of removal from the president. It is still unknown when this will happen, they said.

As the Frankfurter Allgemeine Zeitung reported the newspaper, Citing German government sources, the name of Lambrecht’s successor as Defense Minister, “out of respect for her decision,” will not be released until Tuesday the 17th.

According to the BILD On the news tonight, Friday 13th January, Christine Lambrecht, the German Defense Minister has decided to resign from her post. They revealed that the information came personally from the 57-year-old minister, and not from the Foreign Ministry.

No exact date for his resignation has been given and a successor is reportedly already being discussed internally by the german government.

The upcoming resignation is preceded by an unprecedented series of breakdowns. More recently, Lambrecht Silvester had caused outrage with his embarrassing speech just before the New Year’s Eve fireworks display. The video allegedly caused many heads to shake in government circles.

Live on Instagram, Lambrecht appeared to deliver a spontaneous and totally unprepared speech. She said: “There is a war going on in the middle of Europe.”

Continuing to speak over the sound of exploding fireworks, he said the war in Ukraine had given him “many special impressions. Many, many encounters with interesting and cool people. I would like to thank you from the bottom of my heart for that,” according to bild.de.

He ended by wishing everyone: “Happy New Year in 2023, which we hope will be healthy, happy and hopefully at peace.”

In the current BILD INSA poll, Lambrecht ranks last out of 20 politicians. He is even less popular than AfD bosses Alice Weidel, 43, and Tino Chrupalla, 47.

BILD revealed that it has been reported that Lambrecht’s successor will be decided quickly. Military commissioner Eva Hogl, 54, is currently being mentioned as a possible successor, they said. Following her resignation, Lambrecht is entitled to a pension of €5,000 once he turns 65.